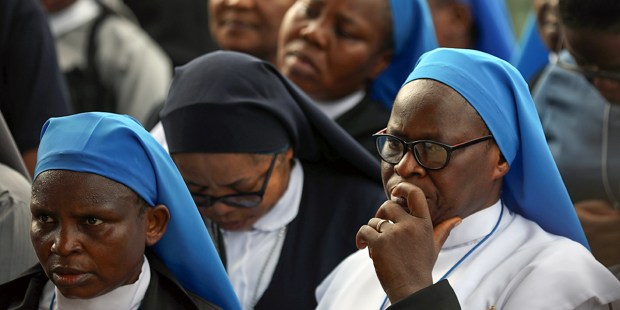 Bishop Kukah said that both Christians and Muslims have been targeted.

The execution of five aid workers in Nigeria, three of whom were Christian, has led Bishop Mathew Kukah, of the Sokoto Diocese, to argue that the violence against Christians constitutes genocide. Bishop Kukah also noted that the aggression towards Christians has extended to Muslim communities as well.

The Tablet reports that a video the recent execution of the aid workers was released by Islamic State West African Province (ISWAP), a terrorist organization that claimed the killings were a warning to “all those being used by infidels to convert Muslims to Christianity.” The Tablet explains that it is estimated that as many as 12,000 Christians have been killed in Nigeria since 2015, with upwards of 300,000 displaced. The country is considered one of the most dangerous for Christian citizens.

In a report from ACN, Bishop Kukah was quoted stating:

“There are multiple levels of funding and, with time, terrorism has been able to fund itself by criminality, violence, kidnappings and it is feared that government may be funding these groups inadvertently largely because they have penetrated the security agencies.”

The prelate went on to note that funding also comes from the Nigerian government through the ransoms of abducted citizens. Bishop Kukah expressed his desire to see the military take more action, the lack of which he suggests makes the terrorists “bolder.”

The Bishop’s remarks added a somber chorus to a June report from the UK All Party Parliamentary Group for International Freedom of Religion or Belief, titled Nigeria – Unfolding Genocide?.