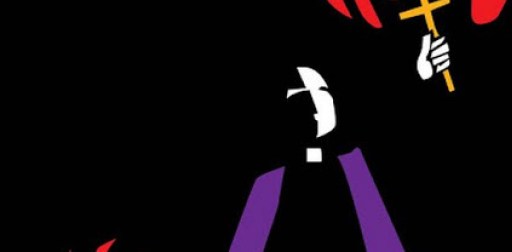 An international association of Catholic exorcists has published a new manual on the practice of exorcism, and it’s being made available to the general public.

That’s not to say that the association is encouraging the general public to begin performing deliverances. Quite the opposite. The International Association of Exorcists insists that exorcisms be done only by priests who are authorized by their bishops.

Guidelines for the Ministry of Exorcism was published in May in Italian. The IAE said an English version is being reviewed by the Vatican but should be out by late 2020 or early 2021.

Read more:
Where do exorcists go to school?

The IAE was founded 20 years ago by Fr. Gabriele Amorth, a well-known Rome exorcist, and a few other priests. The current president, Fr. Francesco Bamonte, said in an interview with Avvenire, an Italian daily newspaper affiliated with the Bishops’ Conference of Italy, that the book is intended to offer priest-members of the association a handbook of doctrine and practice in light of the Ritual of Exorcisms of the Catholic Church. Originally, it was published online, accessible only to members, but the association decided to make it public after many priests and bishops said it could do a lot of good. Fr. Bamonte added that its publication could also help clarify “several obscure and confused points that accompany the delicate ministry of exorcism … to act as a counterweight to the many publications that emphasize the sensationalist aspects of diabolical action.”

The ministry does not arise from a “fear of witches,” he said, but from Jesus Christ, who gave the power of exorcism to the apostles and their successors. Thus, the authority to perform exorcisms belongs exclusively to priests assigned by their bishop. There are too many “rogue operators” who do not acknowledge that fact, said a report at Crux.

It is the power of Christ channeled through the Church — and “not some potent exorcistic formula or the individual ‘powers’ of a priest” that determine the outcome of an exorcism, the group wants to emphasize.

The ministry isn’t just about reciting prayers but “discernment and accompaniment of faithful tormented by the devil,” the association says.

As Crux reported, “The guidelines warn that unauthorized priests and laity who attempt to perform exorcisms without authorization actually may open the door to further demonic influence over the people they’re trying to help.”

The guidelines say that certain activity, including superstition and witchcraft, might become the occasion for demonic influence over people.

But, Bamonte noted in the Avvenire interview, there are “great sinners who do not suffer any extraordinary ailments from the devil, while there are true saints who have been victims of extraordinary diabolical actions.”

What really matters, he said, is which side a person wants to be on.