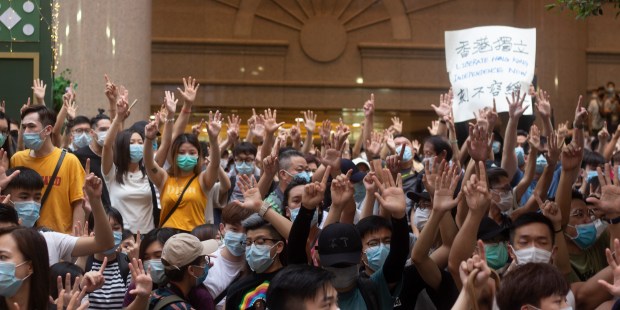 Agnes Chow, a Catholic who has been outspoken in her support for civil rights in Hong Kong, was arrested Monday and charged for violating the new national security law that Beijing imposed on the former British colony.

Her arrest came on the same day as several others, including Jimmy Lai, publisher of the Hong Kong pro-democracy Apple News. Lai is also Catholic.

Chow, 23, is a former candidate for elected office in Hong Kong but was barred from appearing on the ballot because of her advocacy for self-determination for Hong Kong, according to Catholic News Agency. She is also a former member of Demosisto, a political party founded by prominent activist Joshua Wong that was disbanded shortly after the security law came into force, according to CNN. Chow was already facing charges related to her participation in anti-government protests last year.

The South China Morning Post reported Tuesday morning that Chow was set to be released on bail at 10:30 p.m. Hong Kong time.

In addition, China announced sanctions on several U.S. lawmakers and western NGOs who have been outspoken in support of human rights and democracy in the People’s Republic, including U.S. Rep. Christopher H. Smith of New Jersey, Sen. Marco Rubio of Texas, and others, as well as Freedom House. Beijing said the legislators and NGOs were “behaving badly on Hong Kong-related issues.”