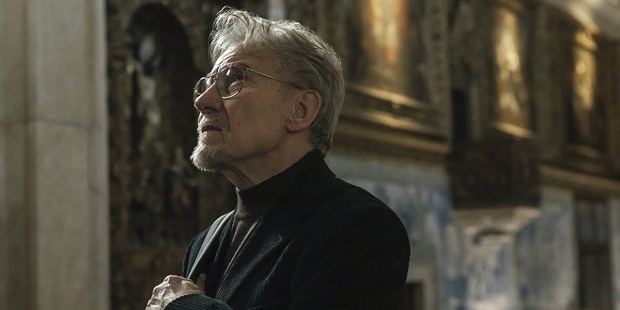 Harvey Keitel is fresh off his latest role as a mob enforcer in Martin Scorsese’s The Irishman, and he’s turned around to take a part in the upcoming film Fatima, which follows the true story of the three children who witnessed a series of Marian apparitions in Portugal, during World War I. As the film draws closer to its release (August 28), Keitel has given an interview about his experience on set and how the story of Fatima touched him.

The film covers the early life of Lúcia dos Santos and her two younger cousins, who were all present for the apparitions, but Keitel doesn’t enter the scene until years later, playing the role of skeptical journalist Professor Nichols, who is investigating the validity of the apparitions of Fatima.

In an interview with Page Six, Keitel explains that the movie leaves the interpretation of the reality of these apparitions up to the beliefs of the viewer:

“The ‘did she/didn’t she’ is ambiguous. Doesn’t mean the sighting didn’t exist. She maybe thought she saw the vision? If when you think you’re seeing something, does that mean it does or does not exist? It’s a question of faith.“

Keitel went on to talk about his character in the film and his interactions with a much older Lúcia, who is then a nun, played by Sonia Braga. He told Page Six:

“When in the film my character comes to this Our Lady of Fátima convent, the elderly nun didn’t expect the visit. And I kissed her hand.

“I then understood it is the responsibility of the elderly to guide our young into believing their vision. To learn to reach out to the divine of it all. What I know is we’re all reaching to this mystery.”

Not unexpectedly (Keitel comes from a Jewish family, although he has often played Catholic characters), Keitel admitted that he was not too familiar with the story of Fatima when he took on the role. It was only after filming a scene where the old sister Lúcia references “The Mother” that Harvey became curious and researched the topic, calling it a “great spiritual story.”

He concluded the interview with a message of faith for all those who are waiting patiently for the release of Fatima:

“There are many ways to experience faith. Life is about journeys. We need to dance around the fire. To express our needs, to experience mystery. Maybe it was necessary for the children to have this sighting.”

The full interview is on Page Six. Fatima is scheduled for release on August 28.