The saint who inspired the Curé of Ars 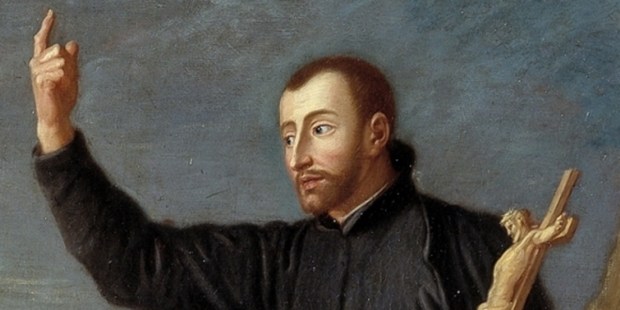 John Vianney claimed: “Everything good that I have done, I owe to him.”

Jean-Francois Regis was born in southern France on January 31, 1597. His dad, Jean Regis, was a wealthy merchant, and his mom, Marguerite de Cugunhan, was descended from nobility. Young John was sensitive and devout as a boy and always eager to do the right thing. At the age of 14, he entered a school run by the Jesuits. In December of 1616, at the age of 19, he joined the Society of Jesus, taking his vows two years later.

John began following the standard Jesuit programs of studying and teaching. He pursued courses in philosophy and rhetoric and quickly fell in love with preaching and teaching about the faith. He became known as a skilled catechist and developed a desire to save souls. Eager to enter the priesthood, he began his theology studies in 1628, and was ordained a priest in 1630.

Father Regis embarked upon his apostolic career during the summer of 1631. He was relentless in his zeal and spent most of his time helping the poor, homeless, and marginalized. As a newly ordained priest, he did not hesitate to work closely with the bubonic plague victims who were spread throughout Toulouse. He would remain to do this work until the end of 1632.

In 1632, John Francis Regis received his assignment as a missionary. However, he would not be traveling to a foreign land. No, he was to stay in France and be a missionary to the French Huguenots (Protestants) as well as the many fallen-away Catholics spread throughout the entire country. All needed evangelization combined with compassion and understanding. Father Regis possessed these qualities.

He began traveling through the districts of France, preaching the Gospel to the poor, prisoners, children, and all who might listen. He worked hard at converting the Huguenots. He visited hospitals, assisted those in need, and helped women and girls escape from prostitution. He also preached the Catholic faith to children and the poor. Evangelizing would be his work for the rest of his life, and it would be an endeavor of great success.

Read more:
10 Saints who were friends with each other

Father Regis left behind him thousands of converted souls. He also left his share of enemies. That was because he was determined and bold, and some perceived this as arrogance. He persevered and managed to establish safe houses for girls and women. He helped at-risk women and orphans find shelter and jobs. He even established schools for former prostitutes, where they learned how to be lacemakers, thereby affording them a way to make a livable wage.

Father John sustained himself primarily through constant prayer and a life of asceticism. He would embark on difficult winter journeys into the mountainous areas of France. Witnesses said he would stay outside all day preaching and then sit and hear confessions all night long.

He suffered from a lung ailment, and in late December of 1640, he insisted on holding a mission and then hearing confessions. A parishioner found him slumped over in the confessional early in the morning. Father John Francis Regis lived long enough to receive the last rites before he died. He was only 43 years old.

St. John Vianney (1786-1859) developed a great devotion to this saintly priest from 200 years before his own day. The famous pastor of Ars said that he was moved to his vocation while praying at the tomb of St. John Francis Regis. When he was dying, he said, “Everything good that I have done, I owe to him.”

Read more:
Saints are just like you and me: Just ask their friends

St. John Francis Regis established confraternities in honor of the Holy Eucharist and spent hours almost every day in the confessional. John died saying, “I see our Lord and His Mother opening Heaven for me.”

Pope Clement XII canonized John Francis Regis a saint on April 5, 1737. He is the patron saint of lacemakers, medical social workers, and children born out of wedlock.

Read more:
The 100-year-old Franciscan who knew 6 saints in person