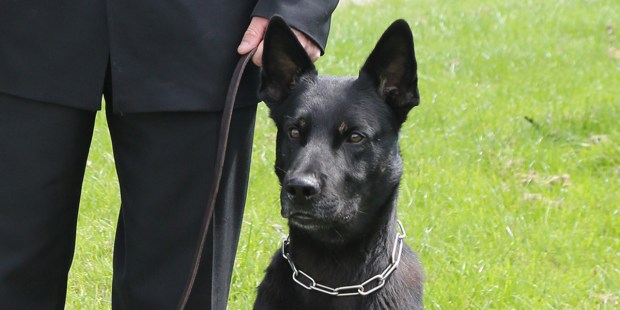 The impressive rescue mission was helped by the dog’s strong determination.

A 2-year-old German Shepherd mixed breed, Max, recently went out on his first mission with his handler PC Peter Lloyd from the Dyfed-Powys police force in Wales. And on his first day’s work he showed that he was definitely up for the job.

Although young Max had joined the force in February, he only recently became a fully-licensed police dog. So when a call came in to look for a  woman and her 1-year-old who’d not been seen for two days, Max and PC Lloyd went out to look for them.

Read more:
Video of boy and his dog captures pure goodness in the midst of a pandemic

Thankfully, the missing woman’s car had been discovered in a remote area, which helped to narrow down the search area a little, but there was still “a vast area to cover given the amount of time she had been missing” explained Insp Jonathan Rees-Jones.

Incredibly, after just a one-and-a-half-hour search involving a helicopter, a mountain rescue team and a search expert, Max led his handler to the missing pair next to a ravine. According to the BBC the mom then signaled to the police constable for help.

The success of the operation and Max’s performance is due to the impressive mileage Max and his handler were able to cover, as well as the wonderful partnership the dog and police constable have formed during trainer. PC LLoyd shared “Max remained focused throughout the long search and he proved invaluable.” Hopefully the young police dog was given a treat for all that worthy work!

Read more:
See how a pair of loving sisters and their gorgeous dogs are helping to regrow forests