Why Maximilian Kolbe is the saint for our times

The Polish saint stressed love over hatred and unity over division.

St. Maximilian Kolbe was a Polish priest during the height of World War II. He spoke out against the Nazi regime, and his faithfulness to Christ in the midst of persecution landed him in Auschwitz.

Yet, he never wavered in his love for others and desire for unity.

Pope Benedict XVI reflected on his life during a general Audience in 2008, stressing this theme.

[I]t is precisely in [his] martyrdom that the brightness of Love which dispels the gloom of selfishness and hatred shines forth. The following words are attributed to St Maximilian Kolbe, who is said to have spoken them when the Nazi persecution was raging: “Hatred is not a creative force: only love is creative“. And heroic proof of his love was the generous offering he made of himself in exchange for a fellow prisoner, an offer that culminated in his death in the starvation bunker on 14 August 1941.

St. John Paul II similarly thought St. Maximilian Kolbe’s sacrifice of himself in place of a fellow prisoner was fitting for our present age and was a beacon of hope in dark times.

He spontaneously offered himself up to death out of love. And in this human death of his there was the clear witness borne to Christ: the witness borne in Christ to the dignity of man, to the sanctity of his life, and to the saving power of death in which the power of love is made manifest … Does not this death possess a particular and penetrating eloquence for our age? Does not this death constitute a particularly authentic witness of the Church in the modern world?

Kolbe continues to show to us today the power of self-sacrificing love, a love that is more concerned about others and their well-being.

One of the many “plagues” that has never fully lifted from us is the plague of selfishness. If we were in the place of Kolbe, would we stand in another’s place to be killed? Or would we try to preserve our life at all costs?

His example also shows us how love can create and hatred destroys. Social media has only amplified our hatred for others, and we express that hatred without thinking about the damage it makes. Hatred does not build up our culture, but destroys it.

Furthermore, Kolbe’s life shows us a love of unity, as St. Paul VI notes in his homily for Kolbe’s beatification.

And to this priestly title we can add another, one which shows that Blessed Maximilian’s sacrifice was motivated by a friendship: he was a Pole. As a Pole he was condemned to that unhappy concentration camp, and as a Pole he was willing to give up his life for that of a fellow countryman, Francis Gajowniczeck. How many thoughts come to our minds at the memory of this human, social and ethnic aspect of the voluntary death of Maximilian Kolbe, a son of noble Catholic Poland! This nation’s historic destiny of suffering seems to document, in this typical and heroic case, the centuries old vocation of the Polish people to find in its shared passion a single, united conscience; a knightly mission for freedom achieved in the pride of the spontaneous sacrifices of its sons and daughter, and their readiness to give themselves for one another and to overcome their vivacity in invincible concord; and indelible Catholic character which makes of it a living and suffering member of the universal Church.

In the face of discord and hatred, St. Maximilian Kolbe stands as a beacon of hope that we can aspire to imitate.

5 Courageous saints who were sent to Nazi concentration camps 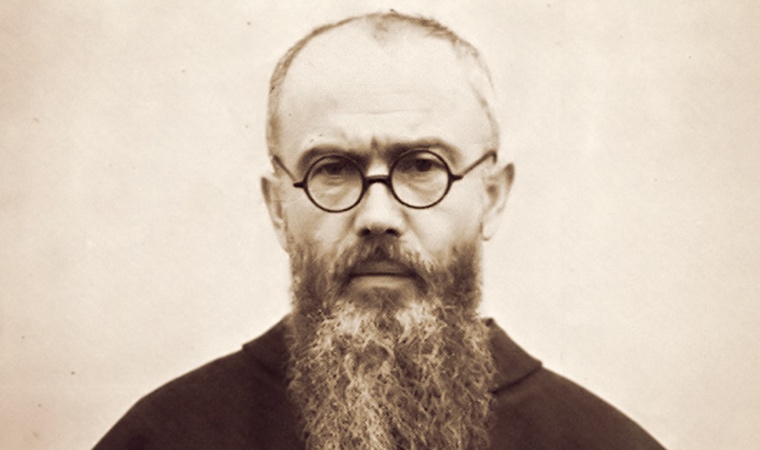