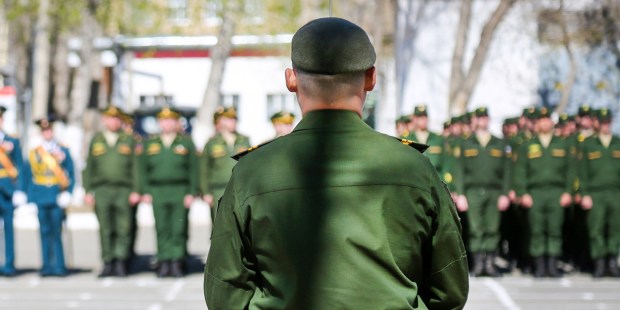 It’s easy to overlook, but it turns a good leader into a great one.

What sets a person apart as an extraordinary leader?

A leader might have extensive experience, thoughtful plans, a strong presence that commands a room. But all of these qualities are overshadowed by one virtue that sets great leaders apart from good leaders: humility.

This principle is memorably illustrated in a recent book, Leadership Strategy and Tactics, by Jocko Willink. Willink was a U.S. Navy SEAL for 20 years and rose through the ranks to become the commander of the most decorated special operations unit of the Iraq War. After retiring, Willink co-founded Echelon Front, a multimillion-dollar leadership and management consulting company, and has written several New York Times-bestselling books. Leadership Strategy and Tactics, his latest book, is organized to be used as a reference, “so that any leader can quickly understand and implement the strategies and tactics relevant to the situation he or she is facing” (4).

Willink describes in the book an unforgettable encounter he had as a young enlisted man. His first-ever platoon was getting a new commander, a man known as Delta Charlie, and his exceptional stature preceded him:

“Delta Charlie had an incredible reputation as an officer and as an enlisted man … As I heard about Delta Charlie taking over, I was excited but also intimidated … I figured we were in for some stern leadership and strict control … I braced for impact.” (25-26)

Knowing about the new commander’s extensive background and prominent position, Willink expected a tough and authoritarian task master. But what he found couldn’t have been further from the truth. To his shock, the new commander was relaxed, calm, good-humored, and approachable. Willink recalled,

“When Delta Charlie came in and took over, almost instantly our whole world was good. That was one of the strongest displays of the impact of leadership I had ever seen.” (31)

What made this commander such a great leader, who inspired immense respect and dogged devotion in his subordinates? “The core of what Delta Charlie taught me was the importance of humility” (31). He was a legendary commander in part because of his vast experience and knowledge, but even more because of his humility, which Willink demonstrated with the following two examples:

1
He took out the trash.

He literally did. At the time, Willink says, the task of cleaning up the platoon office (which SEALs call the “platoon hut”) was seen as very lowly: “The higher up you went in the chain of command, it seemed to me the more distance there was from the menial task of cleaning up” (30).

But unlike other officers, the new platoon commander would take out the trash and sweep the hut at the end of the day. This simple action had an unforgettable impact on Willink:

Read more:
What’s not being taught to future leaders? How to know their inherent dignity

2
He delegated decisions and planning.

Willink also describes his amazement that the new platoon commander gave the lower enlisted guys the responsibility of making and executing their own plans, only adding his own assessment at the end of the process:

“I found it quite shocking, as did the rest of the enlisted men in the platoon, that Delta Charlie didn’t order us around at all. He didn’t come up with his own plans for everything. He didn’t tell us how he wanted us to do things. He executed classic Decentralized Command: he told us what needed to get done and then told us to go figure out how we wanted to do it.” (27-28)

Instead of micromanaging and controlling every aspect of planning, Delta Charlie let his men do the planning—and this made them even more committed to the success of the plan. It also helped them learn more and cemented their admiration of their commander. Delta Charlie inspired his platoon to imitate him:

The commander’s exceptional humility made it “the best platoon I was ever a part of” (31), Willink recalls. It made a huge impression that he didn’t look down on junior members of the team or lord his position and experience over them, but gave them chances to lead and humbly worked alongside them. Decades later, Willink said, “I still try to follow his example” (31).

Humility turns a good leader into a great one. It’s a virtue that’s easy to overlook, but it makes all the difference.

Read more:
3 Great military speeches to inspire you as a leader