Let’s get back to reality 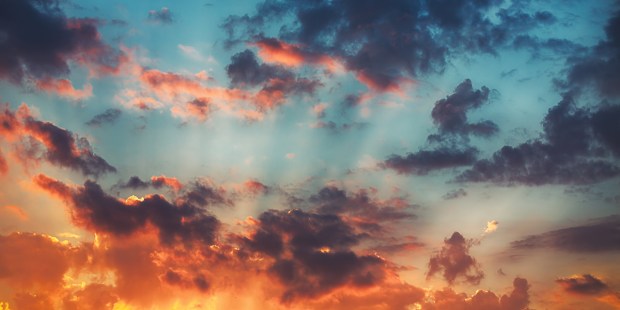 The real world might not be quite what we think it is.

How often have you heard this: Well, you know, in the REAL world …

Most often, I’d hear that phrase, always addressed to me in condescending tones, when I was teaching in a university classroom. I’d be holding forth about some topic in philosophy or theology, when an 18-year-old, drawing upon all of his life experience and his two weeks of higher education, would point out the window and say: Well, you know, in the REAL world …

I always treated such an interruption as a “teachable moment.” I’d correct my would-be corrector, stating that the phrase “the real world” was an honorific, that is, a term of honor attributed to what is especially praiseworthy. I’d point out the window, saying, “That is not the real world! That is the realm of common experience. It is the venue of what everyone takes thoughtlessly—even mindlessly—for granted, unexamined, unnoticed, unchallenged. In this classroom, where we are engaging the True, the Good, the Beautiful, this classroom is the REAL world!”

The real world versus the realm of common experience has been on my mind lately, as I’ve just completed Dr. Anthony Esolen’s latest book, Sex and the Unreal City: The Demolition of the Western Mind. (My interview with him about this book is HERE.) He calls the realm of common experience “the unreal city,” a deadly venue for human life because it’s a form of idolatry, inevitably leading us away from the Absolute Reality, who is God. He notes: “Some idols are hideous, like Moloch, and some are beautiful, like Dionysius. The Hebrew prophets did not care. They did not condemn the idols for their style. They condemned them for being false.”

Esolen knows Scripture and history well enough to insist that idolaters are never happy if we don’t join them in the cult of their idols, in offering obedience to the unreal, to the anti-real: “Madmen hate those who see through their madness. Unreality is frail. It must be backed up with force.”

What are we to make of these stern warnings, backed by a long line of vivid and grim examples? Let’s recall that Jesus tells us: “I am the vine, you are the branches. Those who abide in me and I in them bear much fruit, because apart from me you can do nothing” (John 15:5).

Our Lord is the way, the truth, the life—he is the Logos; he is the Eternal Word of Truth spoken by the Father. In rejecting what is rational, what is real, we do more than embrace illusion.

What does it mean to “do nothing”? We’re not talking about mere idleness. The unreal world Esolen warns us about is more than just a fantasy; the unreal world is seductive, addictive, progressive and aggressive. It is never satisfied—it wants more and more members in its cult, offering greater and greater sacrifices. And it’s worse than that. Consider the linguistic roots of actively “doing-nothing.” The worship of the unreal world is an unmaking of creation, an “untruthing” of the truth. It is taking some element of the real world and undoing it, making of it a nothing. The unreal world is a cult of annihilation. It is more than just an error. Rather, it is a deliberate tearing at the very fabric of reality, replacing something with nothing, replacing someone with no one.

What to do? Esolen calls for a return to reality: “I pray for reality, and tremble, because that means that God will show me what I am. Atheists say that we invent a make-believe God. I say that it requires all the make-believe in the world for me to pretend that I do not need God …” To present a statement and map of reality, the passport and promise of the real world, if you will, Esolen offers a line-by-line review of the Apostles’ Creed.

Such a review of the perennial Christian faith can boost one’s “immune system” against the contagion of unreality. It will enable us to meet St. Peter’s demand: “Always be ready to make your defense to anyone who demands from you an accounting for the hope that is in you” (1 Peter 3:15).

When I write next, I will speak of an unusual depiction of a saint. Until then, let’s keep each other in prayer.