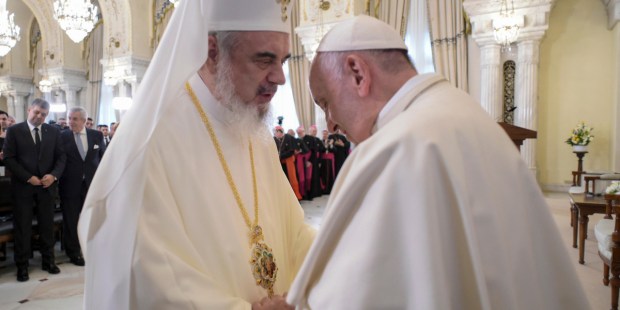 Romania has begun an annual commemoration of persecuted Christians. Sunday, August 16, the Eastern European nation celebrated the first National Day of Awareness of Violence Against Christians.

Several buildings and monuments were illuminated red to mark the day of awareness, including St. George the New Church in Bucharest, the Romanian Parliament, the Arc de Triumph, and the Mogosoaia Palace.

The Romanian Parliament in June passed a law initiating the annual commemoration. Daniel Gheorghe, a member of the Romanian Chamber of Deputies, said he proposed the law because he wanted people, especially younger generations, to recognize the role Christianity has played in Romania’s history and to be more aware of Christian persecution around the world today.

August 16 is the feast of the Brâncoveanu Martyrs, who were canonized by the Romanian Orthodox Church in 1992. Prince Constantine Brâncoveanu, his four sons and one of his advisers were captured when Ottoman Turks invaded in 1714 and taken to Istanbul. There, they refused to renounce their faith and accept Islam and were therefore beheaded.

“That is why the proclamation of a national commemoration day for their martyrdom should be for us an opportunity to become more aware of today’s violence against Christians,” the statement said. That violence “takes different forms of persecution today, from the Christophobia of the new ideologies to the filmed executions of those whose only guilt is that of being Christian.

“In this context, the Romanian Patriarchate advocates for the memorial recovery of Christian martyrdom and for the protection and promotion of religious freedom as a fundamental right of every human person,” the statement concluded.

There have also been Catholic martyrs in Romania, which is mostly Orthodox. In May 2019, Pope Francis beatified Cardinal Iuliu Hossu and six Romanian Catholic bishops, who died as martyrs when the Church was repressed under communist rule from 1948 through 1989.