After Hagia Sophia, another historic Turkish church becomes a mosque 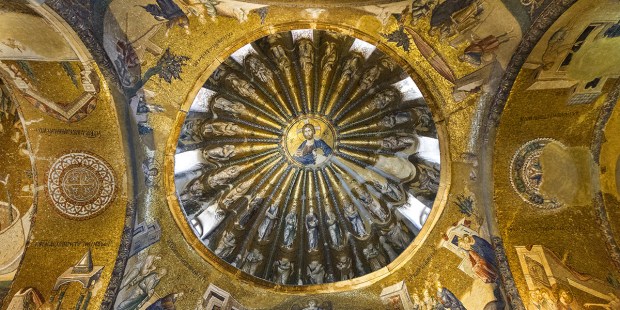 The Church of the Holy Savior in Chora contains precious Byzantine mosaics and frescoes.

Just weeks after a very public conversion of Istanbul’s historic Hagia Sophia into a mosque, the president of Turkey has authorized a lesser known but just as historically significant church to open for Islamic worship.

The mediaeval Church of the Holy Savior in Chora, which contains precious 14th century Byzantine mosaics and frescoes, has been transferred to Turkey’s religious affairs department, which will begin the conversion process from its status as a museum into a mosque. Turkish President Recip Tayyip Erdoğan signed an edict on Friday declaring “the management of the Kariye (the Turkish word for Chora) Mosque be transferred to the Religious Affairs Directorate, and (the mosque) opened to worship.”

Like Hagia Sophia, which was the main cathedral of the Church of Constantinople, the Chora church was taken over by conquering Ottomans in 1453, but converted into a museum in 1945. Secularist Turkish president Mustafa Kemal Atatürk had seen to Hagia Sophia’s transformation into a museum several years earlier.

Under Erdoğan’s presidency, which has been capitalizing on the wishes of devout Muslims in a still-officially secular Turkey, a court last year annulled the 1945 conversion of Chora into a museum, Reuters reported.

A church was first built at the site, near the ancient city walls of Constantinople, in the 4th century, but most of the existing building dates to an 11th century church that was partly rebuilt 200 years later following an earthquake, Reuters said.

Reacting to the news, Archbishop Elpidophoros of the Greek Orthodox Archdiocese of America, a native of Istanbul, commented on Twitter, “After the tragic transgression with #HagiaSophia, now the Monastery of Chora, this exquisite offering of Byzantine culture to the world! The Turkish people do not deserve such a narrow-minded policy. The pleas and exhortations of the international community are ignored. How long?”