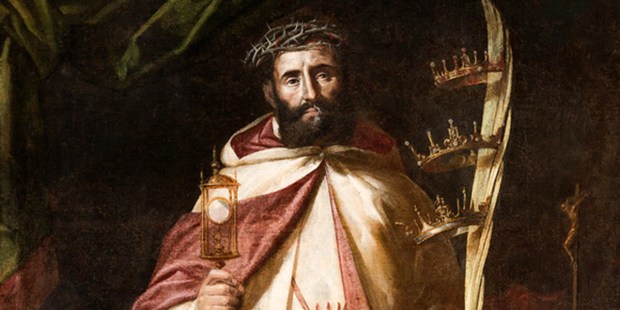 “When (…) a couple asks me to bless them so that a child may come, I tell them to pray to St. Raymond Nonnatus,” Pope Francis said in a letter to the community of St. Raymond Nonnatus in Buenos Aires. The letter was published on August 20 by the Argentinean news agency AICA. Because of his unusual birth, this Spaniard is the patron saint of midwives.

Read more:
Meet Raymond Nonnatus, the saint who was “not born”

In view of the patronal feast of St. Raymond Nonnatus on August 31, Pope Francis has sent his best wishes to the community of the same name located at a parish that he knows well in Buenos Aires.

As archbishop of the Argentinean capital, the pontiff visited the shrine several times; it is dedicated to couples hoping to have children.

In his letter, he says that he remembers “these days of celebration, the blessings of mothers, of children, of married couples praying to have a child …”

These festivities were like “a true hymn for life to come,” writes the pontiff with emotion, before adding: “Now, when during [general] audiences a couple asks me to bless them so that a child may come, I tell them to pray to St. Raymond Nonnatus, and if they’re from Argentina, I recommend that they go to the shrine in Via Cervantes [where the parish is located],” he said.

Read more:
Pope: Midwives might have the most noble of all professions

Because of his difficult birth, this Spanish saint born in Catalonia is considered the patron saint of midwives.

St. Raymond Nonnatus (1204-1240), whose name comes from the Latin non natus, meaning unborn, was nicknamed this way because he was born after his mother died in childbirth. His father, rejecting the idea that his son would not be born, asked a family member to cut open his dead wife’s womb with his dagger, thus allowing the child to be delivered.

From August 22 to 31 every year, this parish organizes a novena to prepare for the feast of St. Raymond Nonnatus. The pontiff wished them a beautiful celebration full of “grace, peace, health and fruitfulness,” despite the difficult circumstances of such celebrations due to the pandemic.