Whether we realize it or not, angels are with us at home, work, school and every other place we go!

Catholics firmly believe that angels exist and are constantly surrounding us with their care. They protect and guide us, even when we don’t ask!

In the 19th-century book The Glories of the Catholic Church, the author provides an example of such a situation.

A pious woman, having one night received information that a poor person in the suburbs was lying in extreme necessity, and none of her [servants] being within, sent her son with something for her relief. The boy, being very young, was greatly afraid going by himself to such a lonely place, until a page appeared, bearing a [torch], and conducted him safely to his destination. His mother did not doubt that it might be his good angel who had rendered him the charitable office.

There are many other modern stories of people being saved by mysterious figures. Sometimes these are later confirmed to be an actual person, but often their appearance is too miraculous to be any human being.

However, angels are not sent to us only for these times of crisis, but are constantly with us.

The angels, says St. Augustine, enter and go forth with us—they have their eyes ever fixed on us, and on what we do. If we remain at home, they stay with us; if we walk out, they accompany us; let us go where we will, on land or at sea, they are always with us; they are no less present with the merchant in his counting-house, or the matron in the cares of her household, than with the recluse in his desert, or the religious in his cell. O excessive bounty!—even while we sleep, they watch over us —they are always at our side.

This reality can be a comforting thought, especially if when we are alone. We may not be able to see them with our eyes, but often we can sense their presence.

The key is to trust God, who did send us angels who are here for us, ready to guide us along the path to eternal life. 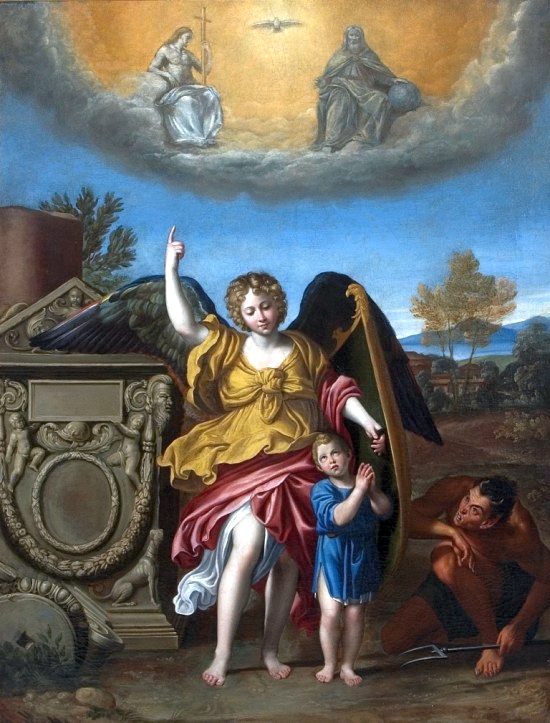