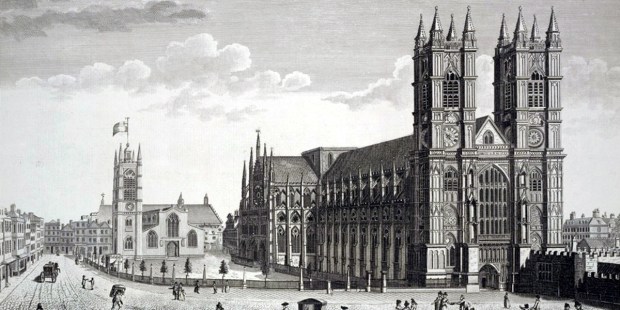 The ground under the celebrated church also thought to contain hundreds, if not thousands, of burials.

A room used by priests preparing to celebrate Mass has been discovered in an archaeological dig beneath Westminster Abbey in London. The 13th-century sacristy has been unknown until now.

The dig also revealed hundreds of bodies buried beneath the former Benedictine monastic church and Catholic cathedral. The site had been used as a burial ground for monks. The Guardian, which reported on the find, said there might even be thousands of bodies.

Archaeologists have been working at the site since January in order to get a better picture of the site ahead of a major renovation. The reconstruction is planned to allow visitors to enter the building through the grand Great West Door, the entrance used by monarchs and royal brides.

Westminister’s roots date to the late 10th century, when Saint Dunstan and King Edgar installed a community of Benedictine monks on the site. Between 1042 and 1052, King Edward the Confessor began rebuilding St. Peter’s Abbey to provide himself with a royal burial church.

Among the items discovered in the dig are a stoup, or basin, which was probably used by monks to wash their hands as they entered. It was found reused in 13th-century foundations. Other finds include a lead pipe, which would have supplied water to the monastery; fragments of medieval painted wall plaster, and 18th-century domestic objects, including china plates, chamber pots, glass drinking vessels and an assortment of combs and brushes.