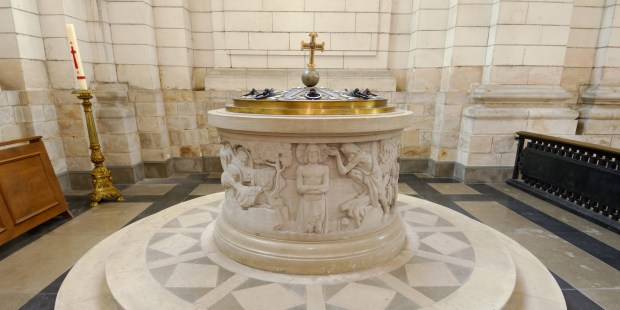 305 catechumens will receive their Catholic sacraments after extra months of waiting.

Easter was just around the corner when the COVID-19 world pandemic reached its springtime peak, forcing Catholics the world over to celebrate the Passion and Christ’s ultimate victory in the Resurrection from isolation. In Belgium, this was hard for the faithful, but it was even tougher for the catechumens — those adults who traditionally receive the sacraments of initiation and fully enter the Church during the Easter Vigil — who were forced to delay their baptisms.

Now, the Belgian publication Cathobel reports, the eight dioceses of the small European nation are working to bring these patient people into the fold. The report notes that this year the Church will witness a record number of Catholic baptisms in Belgium. In 2010 there were 143 catechumens baptized, which grew to 180 just five years later, and this year is at the new peak of 305.

While the catechumens are spread throughout the country, the French-speaking Tournai diocese will host the largest group of newly initiated Catholics, at 127. The Archdiocese of Mechelen-Brussels will bring 93 new faithful to the flock, while the remaining dozens are split pretty evenly among the other six dioceses of Belgium.

Cathobel spoke with the Chanassit family, who were preparing to be initiated on the weekend. They seemed excited when they said:

“This Sunday will mark for our family the beginning of a new life that we have been waiting for so long. We long for our new birth.”