Is a return to Christendom a good idea? 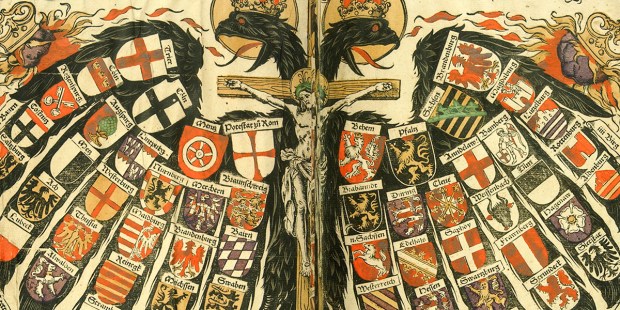 It’s an idea whose time has come — again.

Is the following a good or bad word? Christendom.

Well, I suppose it depends upon whom you ask. It is a topic about which honorable people—people of good will, prayer and learning—have vigorously disagreed. Some regard “Christendom” as a bad word and a worse concept, and have been eager to bid it a vigorous farewell:

Amid the shambles of a fallen Christendom, I feel a renewed confidence in the light of the Christian revelation with which it first began … Let us rejoice that we see around us on every hand the decay of institutions and instruments of power … For it is precisely when every earthly hope has been explored and found wanting…that Christ’s hand reaches out sure and firm.

(The End of Christendom, Malcom Muggeridge)

If we take Muggeridge’s word as final, then we should get busy clearing away the rubble and finally let Christ have his way with us. But need we take his way as final?

Author, scholar, and raconteur Charles Coulombe would vigorously disagree. In his charming book, A Catholic Quest for the Holy Grail (which I reviewed at Aleteia HERE), he cites approvingly a much older wisdom:

But in 1799, Novalis disagreed heartily, declaring in ‘Christendom or Europe?’, “Once there were fine, resplendent times when Europe was a Christian land, when one Christendom occupied this humanly constituted continent. One great common interest united the remotest provinces of this broad spiritual realm.” … Four years later, Chateubriand, in his ‘The Genius of Christianity,’ [wrote]… “As for us, we are convinced that Christianity will rise triumphant from the dreadful trial by which it has just been purified.” [The ‘dreadful trial’ was the French Revolution.]

So … which is it? Is Christendom a “Bad-Old-Days” from which we need to be scrubbed clean? Or is Christendom a “Good-Old-Days” that we should be pining for, and perhaps even to attempt to re-create in our own times? The short answer is: “Yes.”

Yes, in the sense that Muggeridge meant it, Christendom was and is a bad idea and even worse practice. It is, as some internet commentators have called it, “The Business of Churchianity.” On this view, the call of the Christian is not so much to be a disciple of Christ but rather to maintain—at all costs—the merely institutional business of keeping the local ecclesiastical brand turning a net cash profit. We don’t need more than a superficial knowledge of Scripture and history to know that’s a very bad idea.

Read more:
Burning witches and falling off the edge of the world: What was medieval life really like?

Yes, in the sense that Coulombe (et al.) have meant it, Christendom is a very fine idea, a beautiful practice, and in urgent need of retrieval today. What do I mean by that? Here, I will refer to the First Principle and Foundation of St. Ignatius Loyola:

Man is created to praise, reverence, and serve God our Lord, and by this means to save his soul.

And the other things on the face of the earth are created for man and that they may help him in prosecuting the end for which he is created.

From this it follows that man is to use them as much as they help him on to his end, and ought to rid himself of them so far as they hinder him as to it.

For this it is necessary to make ourselves indifferent to all created things in all that is allowed to the choice of our free will and is not prohibited to it; so that, on our part, we want not health rather than sickness, riches rather than poverty, honor rather than dishonor, long rather than short life, and so in all the rest; desiring and choosing only what is most conducive for us to the end for which we are created.

Looking at this from a reverse angle, if we don’t know where we are going and we don’t know where we are meant to go, and we assume there is nowhere to go, then it doesn’t matter what road we travel. On the other hand, if we’re clear about our destination, and equally clear about the consequences of arriving at (or failing to arrive at) our destination, then life becomes much simpler. Our choices of route, equipment, companions, speed, urgency and perseverance become obvious in light of our divinely-mandated destination.

And here’s where Christendom becomes important. The world, the flesh and the devil war against pilgrims making their way to Heaven. We’re more likely to be successful pilgrims if we stick together—forming a culture of faith, morals, wisdom, worship and charity to help all achieve the only thing that can make anything else worthwhile, namely, attaining the happiness of Heaven. (Listen to my interview with Coulombe about Christendom HERE.)

When I write next, I will speak of a saint who deserves to be better known. Until then, let’s keep each other in prayer.

Read more:
3 Ways to practice fellowship while in isolation