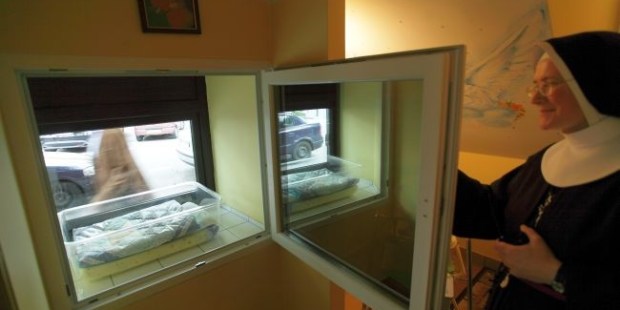 The box was created to allow parents to anonymously place a baby there if they are unable to care for it.

The Franciscan Sisters of the Family of Mary in Warsaw, Poland, on Monday morning found a newborn baby placed in their “Window of Life” box in their convent wall, according to a Catholic News Agency report.
The box was created to allow parents to anonymously place a baby there if they are unable to care for it.
The nuns named the baby girl Zuzia, and contacted the police and called an ambulance. The archdiocese of Warsaw stated that next to the baby girl there was a note that said she was born on August 24 at 3 a.m. Emergency room doctors said the baby was clean, clothed, and healthy.
This is the 18th baby rescue since the window’s installation in the convent wall 12 years ago. The site was consecrated by Archbishop Kazimierz Nycz in 2008.