These are the towns where popes have spent the summer 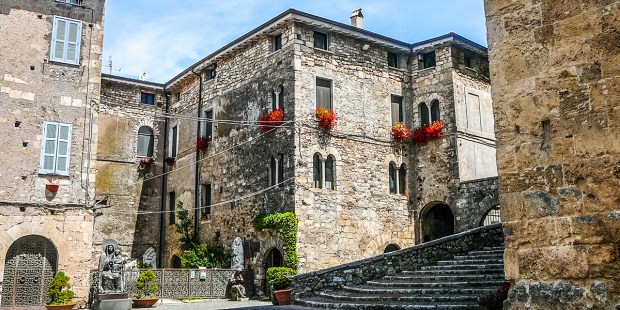 Many popes chose to escape the heat of Rome for peaceful towns in the Eternal City’s surrounding hills.

Summer is the travel season par excellence. And indeed traveling during the summer has been a long-held practice for many popes across the centuries. From Anagni to Castelgandolfo, popes have left a profound mark in the places they chose as their summer residences.

Anagni, the “Town of Popes”

The hilltop town of Anagni, founded in Roman times and mostly developed during the Middle Ages, was the place where many Roman emperors chose to spend their summers to escape the heat of Rome. Located 43 miles from Rome, in the Ciociaria region, Anagni later became known as the “Town of Popes” due to the fact that four popes called the region home, and because many popes choose to spend part of their summers here.

Popes Innocent III, Alexander IV, Gregory IX and Bonifacius VIII all came from the  town or its close surroundings. Pope Bonifacius VIII made Anagni famous due to an episode known as the “slap of Anagni.” In 1303 King Philip IV of France sent some emissaries to Anagni to ask the pope to remove an interdiction he had put on France after the French king started taxing goods belonging to the Church in French territory. When the pope refused to lift the ban, the emissaries broke into his residency, forcing him to seek refuge in a local palace. He was eventually freed by Anagni townspeople and transported to Rome, where he died a month later. The episode came to be known as “the slap of Anagni.”

Today the influence of popes and high figures of the Catholic church can be found in Anagni architecture and its cuisine. The “papal palace,” also known as Boniface VIII’s palace, which provided a refuge for the pope during the infamous “slap” episode, is open to visitors and hosts an eponymous museum. A typical local dish made of organ meats, hens’ combs, mushrooms, white wine, Marsala wine, salt, pepper and broth, is called “timballo Bonifacio VIII.”  The sweet and sour “papal bread” is made of almonds, hazelnuts, pine nuts, peppers, cinnamon, nutmeg, candied orange, chocolate, honey and raisins.