How St. Monica dedicated her son to God before giving birth

A mother can never start too early preparing her children to receive the many graces of God. This is clearly revealed in the life of St. Monica, who was worried about her son before he was even born.

According to a 19th-century biography entitled The History of St. Monica, the holy mother didn’t wait to dedicate her son to God.

Being pregnant with the great St. Augustine, she dedicated him several times to the Christian religion and to the service and glory of God. Thus [St. Augustine] himself testifies, saying that he had already known the goodness of God while in his mother’s womb.

St. Augustine wrote about this aspect of his mother’s care for his soul in his Confessions.

Even as a boy I had heard of eternal life promised to us through the humility of the Lord our God condescending to our pride, and I was signed with the sign of the cross, and was seasoned with His salt even from the womb of my mother, who greatly trusted in You.

While it’s true that St. Augustine did wander away from the faith, he did return to both Christianity and the arms of his mother through the persistence of her prayers.

St. Monica remains a great example for all mothers who want their children to stay united to Jesus Christ. Being a Christian mother is not easy, and many tears will be shed on behalf of her children.

Nevertheless, the duty of all mothers is to place their trust in God, offering to him their children from the very beginning of their existence. While this won’t guarantee their children will avoid suffering in life, it will prepare the soil that will later receive the seeds of the Gospel. By doing so, it is hoped that their child will have a fertile soil, ready to embrace the Word of God and lead a holy and virtuous life.

9 Saints to turn to in the months of your pregnancy 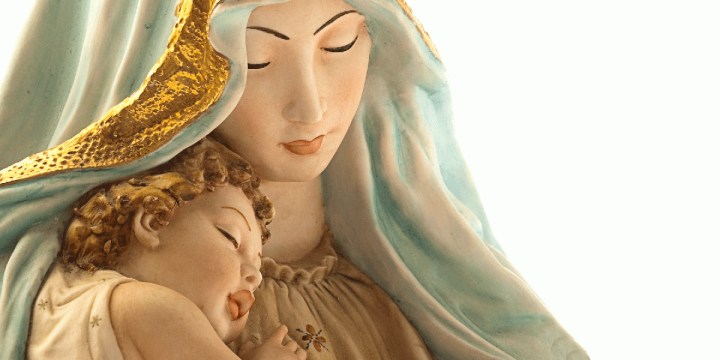