What is it like being Catholic and a scientist? 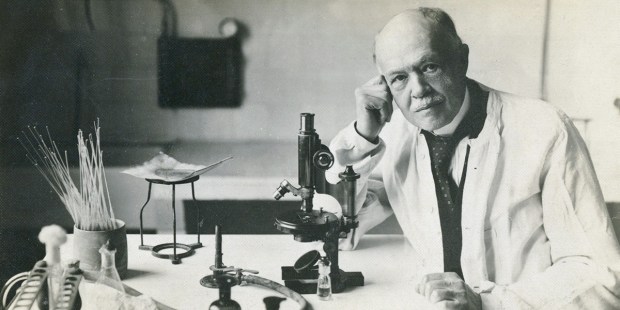 Scientists have a message for young believers: Do not be afraid to go into science! You will not be alone.

Persons of committed religious belief have made a great number of historic scientific contributions. However, it’s no secret that today, science and religion are often falsely viewed as adversaries.

“The cultural forces at work in America have greatly muddied the waters … and created this kind of false binary” between science and religion, says Dr. Kate Bulinski, Associate Professor of Geosciences at Bellarmine University in Louisville, Kentucky.

Bulinski believes such “perceived incompatibility” is playing a role in causing young persons to “drift away from the Church.”

Asserting that the Church needs “loud, consistent messaging about the compatibility of faith and science,” she says she has encountered “too many college students” (many of them products of Catholic elementary and secondary education) who are “utterly confused or under-informed about what the Church teaches about science.”

Read more:
Perhaps no one shows better the Faith-Science alliance than this saint

“The last time scientists had a run-in with the Catholic Church was 400 years ago, in the Galileo case,” points out Dr. Stephen M. Barr, Professor Emeritus of Physics at the University of Delaware and author of such books as The Believing Scientist: Essays on Science and Religion.

Moreover, that 400-year-old ‘run-in’ was “really an aberration,” adds Barr, who is also President of the Society of Catholic Scientists (SCS). Formed by six individuals in the summer of 2016, the SCS now totals 1,250 members, who range from college students to internationally-renowned experts.

The SCS website has a section that includes 84 short biographies of Catholic scientists from past eras. One can see here how the Catholic Church “actually has a remarkably good record with regard to science,” as Barr states. Indeed, Catholic priests have pioneered various scientific fields (such as Fr. Georges Lemaître, who authored the Big Bang Theory; and Fr. Gregor Mendel, who founded genetics).

“There is one kind of religion that does annoy many scientists a great deal, namely the kind that says the universe is only a few thousand years old or denies well-established facts about evolution,” Barr relates. “But scientists are generally aware that the Catholic Church is not in that camp.”

In Barr’s 42 years as a physicist, only twice has he ever encountered a colleague saying something hostile to him about his being religious. “One rarely hears religion even mentioned by one’s colleagues, let alone attacked,” he says. “Among themselves, scientists mostly discuss science or work-related things, and when not doing so they are usually discussing sports, restaurants, movies, politics, and so forth.”

“There are not typically a lot of opportunities or scenarios where faith might come up in conversation in a professional setting,” says Bulinski. She related one exception, however, which took place a few years ago at a conference for geologists. She and her colleagues were discussing where they could attend Mass, seeing as how the conference spanned the entire weekend.

In almost 20 years of attending conferences, this was the first time Mass had surfaced as a conversation topic. These particular colleagues, though, had attended graduate school together and were aware of their shared faith.

“The idea that the scientific world is devoid of believers and a place where everyone despises religion is wrong,” he maintains. “Perhaps many non-scientists imagine it to be that way because, up until now, scientists who despise religion have tended to be far more outspoken publicly than religious scientists.”

He emphasizes that such “obnoxiously aggressive atheists” as Richard Dawkins and Lawrence Krauss “do not speak for most of their colleagues.” In fact, “even most atheist scientists see them as extreme and intellectually intolerant.”

Some degree of religious discretion, however, might be advisable in certain situations. “Science students and younger scientists, being at more vulnerable stages of their careers, tend to be more careful whom they talk to about their faith,” says Barr. “And they should be,” he adds. “While I would guess that the probability of actually being discriminated against is quite low, it is not so low that it can be ignored.”

For this reason, the SCS maintains membership confidentiality. “You have to be a member to have access to the Member Directory,” he points out. “And members can opt out of being listed, though few do.”

Barr advises any aspiring young Catholic scientists to “not be afraid to go into science” because of their beliefs. “You will not be alone!”

Bulinski echoes this sentiment, saying it is “perfectly possible to thrive as a Catholic scientist, and while we may not always be the most vocal about our faith identities, we are out there.”