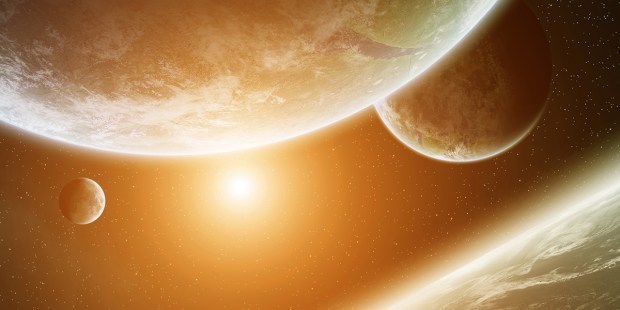 On a long enough timeline, the chances of discovering intergalactic signals are greatly improved.

A Catholic priest has co-authored a study on intergalactic communications, which theorizes that, on a long enough timeline, it is possible that Earth could intercept messages from extraterrestrial civilizations.

The paper, published in the International Journal of Astrobiology, suggests that communication with an intelligent civilization is directly related to how many sophisticated civilizations exist in the Milky Way. The study came to this conclusion by creating a simulation that studied “casually connected nodes,” nodes being a term for unknown intergalactic civilizations.

The researchers ran these thousands of nodes through the simulation, which led them to suggest that the probability of Earth receiving intergalactic messages is overall low. They do note, however, that the likelihood of such a discovery is greatly increased if the galaxy is “densely populated with long-standing civilizations.” They suggest that the longer a civilization exists, the greater the chance that it will develop technology that could be used for intergalactic messaging.

Co-author of the study, Father Jose Funes, an expert in galaxies and extragalactic astronomy who holds the chair in Science, Religion and Education at the Catholic University of Cordoba, Argentina, told Catholic News Service:

“Our paper suggests that though the odds are not very high, there is a chance to communicate with ET.” He added, “All this effort in studying probabilities and communicating with alien civilizations helps to understand better who we are. It is important to step out from our anthropomorphic and anthropocentric way of thinking to deal with a very profound diversity, the cosmic otherness.”

The team went on to note in their paper that we can increase our chances of interaction with extraterrestrial civilizations by enacting several strategies, including interstellar exploration, colonization, and settlement. They also suggested probes that could self-replicate as a means of exploring the furthest reaches of space.