8 Quotes to reflect on from the late Chadwick Boseman 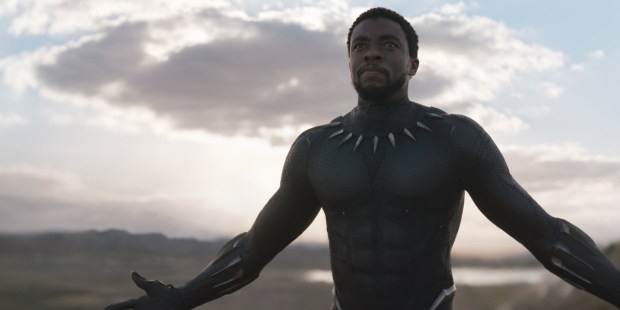 Behind the talent was a man of strength and humility.

When the news of 43-year-old Chadwick Boseman’s death due to complications with his four-year battle with colon cancer became public, Hollywood lost not only a legendary actor, but a man whose simply refreshing outlook on life was inspiring as his acting.

Born into a Christian family, in his youth Boseman was a member of his church choir and was said to have kept his faith after his Hollywood career kicked off, according to his former pastor. While he played some impressive roles throughout his career, perhaps the image of him standing tall and strong as King T’Challa in Black Panther is what most people — young and old — will remember him for.

As his family, friends, fans, and the entertainment world mourn the loss of such a talent, here are a few quotes from Boseman that will make you reflect, smile and see life through his strong and considerate voice. To the actor who fought with dignity not only for his inspiring career, but throughout his illness, may you rest in peace.

“Fearlessness means taking the first step, even if you don’t know where it will take you. It means being driven by a higher purpose, rather than by applause. It means knowing that you reveal your character when you stand apart, more than when you stand with the crowd.”

“I think you realize how much you need to have people that you love. It’s not as much about them loving you – it’s about you needing to love people.”

“The best advice about getting older? Just be thankful you’re not dead!”

“You might have one thing in your head, but the things you’re doing don’t really lead down the right road, necessarily. When you’re young, you don’t want to hear that. You think you can do everything, be all things.”

“You have to cherish things in a different way when you know the clock is ticking, you are under pressure.”

“I was raised in a sort of village. I have a huge family, and I think there is strength in that. It helped me to deal with some of the complications of living in the South because I always felt like I belonged, no matter what.”

“There’s nothing more stressful than your stomach growling. But interestingly enough, some of my best writing came when I was poor and hungry – living off water and oatmeal, mind clear.”

“When it comes down to it, I’d rather have an action figure than a Golden Globe.”