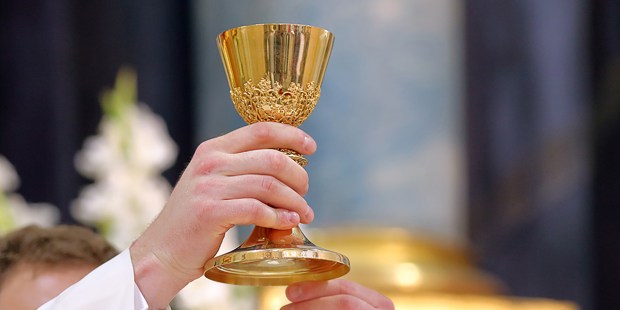 The makers of communion wafers have also seen a drop in sales.

The global pandemic has taken its toll on producers of sacramental bread and wine, as months of church closures and services with limited attendance have diminished demand for communion hosts. The low demand has been particularly hard on the makers of sacramental wine, who worry that pandemic restrictions will prevent future use of their product during church services.

Catholic News Service spoke with Will Ouweleen, the vintner at the O-Neh-Da and Eagle Crest vineyards, a New York based winery that has produced both sacramental and table wine for nearly 150 years. He explained that the demand for altar wine became nonexistent in the beginning of the pandemic and it has yet to reappear. He said:

“Things are not well. Easter this year was effectively canceled. You were encouraged to stay home and have a spiritual Communion,” he told Catholic News Service. “What that means for O-Neh-Da Vineyard and other vineyards is there is no demand for sacramental wine. We have made very few sales since mid-February.”

It makes sense that the demand would plummet while the churches were closed, but now Ouweleen worries that things won’t get better once the churches reopen. He noted that the Blood of Christ is distributed in a communal chalice and wondered if anyone will feel comfortable sharing a cup with their mask-clad neighbors.

There is also a possibility that churches will no longer offer the Blood of Christ during weekly Mass. CNS noted that the Catholic catechism does not require Communion to be offered to the congregation under both sacred species at Mass. Christ is truly and completely present in the consecrated Host.

Meanwhile, the O-Neh-Da vineyard is trying to do right by their employees, allowing some to continue to work while keeping the part-time staff on payroll, even while they are unable to come in to work. This commendable attitude has caused further financial troubles to the company.

The CNS report went on to examine two religious orders who produce communion hosts. While these operations saw similar decreases in sales during the beginning of the pandemic, they have also seen more orders return in recent months than the vineyards have. They said they were bolstered by sales of low-gluten hosts, which remained in demand throughout the pandemic.