This book of poetry will help renew your prayer life 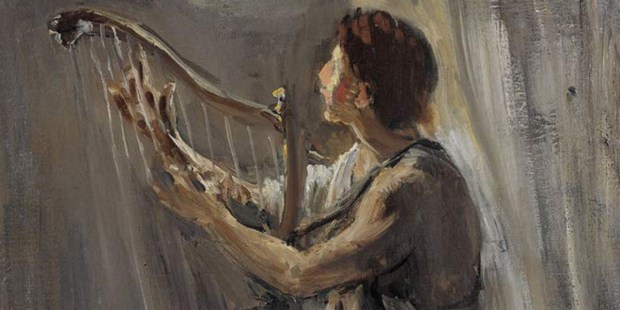 Anthony Esolen’s ‘The Hundredfold: Songs for the Lord’ features poems about Jesus, based on passages in the Bible.

My husband excitedly handed me the package that had just arrived on the porch. “I got this for you! I think you’re going to love it.” I was touched. A present just because! And a very intentional one at that, apparently. I opened it up and read the cover, The Hundredfold: Songs for the Lord by Anthony Esolen. “It’s a book of poems! They’re about Jesus and the Bible. I thought you’d really like it,” he gushed. I thanked him, and sat down to read a few. True to my form, I read the first page of the Introduction and skipped the rest, choosing to dive into a poem instead. It was good, but intense. It wasn’t a book of modern free verse poetry that you can read quickly and get the gist. I would need more of an attention span than I had in the middle of the day, so I said I was excited to read it and put it away for the moment.

On my next readings, I committed more time to it. I soaked in one or two poems in a sitting and then put the book down to reflect. It became a little prayer time whenever I read the book, as I was moved to start praying with different verses I read. I started marking my favorites to come back to and to read aloud to my husband later.

In one poem, St. Peter mourns his sin of denying Jesus during His trial and Passion. Peter cries, “O my sweet Lord, what have I done to you?/The Sons of Thunder fell and hid their eyes/Against a brilliance that would shame the sun,/But, I thrust my neck upward, braved the light,/ Said, ‘Lord, how good it is for us to be here!/How good it is’–‘I do not know the man,’/Said I, chafing my fingers at the fire/While the hot blood was dripping from your back.” Not only do you meet Peter in a new way in the poem, but you clearly see yourself and any time you have failed spectacularly in life in his reproaches. And that’s what makes the book so powerful.

I kept reading to find that there are poems about central figures in the Bible alongside people who are mentioned only once. The book opens with Mary reflecting on her life and her sleeping son. Later, you meet the boy who shared his loaves and fishes with Jesus many years after the event. And in between the longer reflections are many short poems or lyrics, titled by the line in Scripture that they reflect on, “ He smote the rock twice” and “Little children, then we shall see him” or “Ephphatha, which means, Be opened.” There are several hymns as well as poems throughout the book, and after skipping them many times, I realized to actually appreciate the hymns, I had to sing them. Each is based on a classic melody that you can find with a quick Google search.

Finally, after finishing the rest of the book, I went back to the introduction. The author, Esolen, starts by laying out why he didn’t write in free verse. Then he explains meter in poetry (a great refresher for this English major). And he ends by going into the specifics of what he wrote and why. Esolen wants the reader to find himself in the poems, just as I did in St. Peter’s thoughts. He explains that desire near the end of his introduction: “I hope that wherever you find yourself in the Christian pilgrimage, and however the skies may look to you in the land where you are, you will hear something of your heart in the utterances and cries of these lyrics.”

When I first read this book, I had recently finished watching The Chosen (an excellent show about Jesus in the New Testament) and had been so impressed that just watching the show had improved my prayer life. I was able to read and pray with Scripture in a new way, thinking about the humanity of people in the passages more intensely. And this book renewed my prayer in a similar way. I can’t think of a stronger reason to recommend a book of spiritual poetry than that. Pick up a copy, and pray better.

My husband was right. It’s a book of poems about Jesus and the Bible, and I loved it.