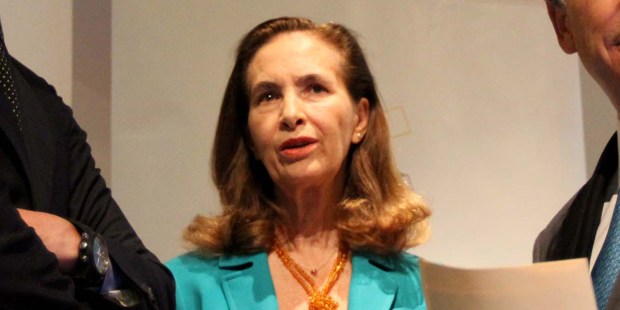 The current president of the Association for the Right to Die with Dignity in Mexico, Amparo Espinosa Rugarcía, has recently made public her testimony in which she states that she has gone from being a defender of euthanasia to rejecting it and proposing palliative care as an alternative form of medical care for the terminally ill.

From pro-euthanasia activist to fighting for palliative care

Espinosa explains in a video that she had been a strong advocate for euthanasia because she considered it the best way out for sick people whose death was approaching. However, she then studied the testimonies of people who had cared for terminally ill patients, and they never talked about “how to take away their pain.” That raised concerns that led her to go deeper.

“I run an Association for the Right to Die with Dignity,” she said, “and when I started there, which was in 2009, I had a very clear idea of what I wanted: I wanted to work in Mexico for the legalization of euthanasia and medically assisted suicide. I had no doubts. But something happened that made me begin to reflect on the mission of the association, and it was a series of testimonies that I began to read about experiences people had of the process of death of family members. The testimonies have a common denominator: there was no way to take away their pain”.

A dignified death is not what she had thought

The former pro-euthanasia leader in Mexico decided to study for a Master’s degree in Bioethics and Education at the Catholic University of Avila (Spain). Espinosa explains that, after studying these issues in depth, “I now have new ways of seeing a dignified death, the first of which is that it is not the same thing as euthanasia and medically assisted suicide.”

She will now promote palliative care

These are controversial topics, especially in pro-euthanasia sectors. However, Espinosa says she’s happy with this change in her life. She says the master’s degree “has been a transformative experience for me. It has changed me in a very radical way. It’s an extraordinary thing because I’m at an age when not many things change you.”

Helping the terminally ill to be without pain

Espinosa’s purpose is to teach many people in her country that it’s possible to remove the fear of the medicines used in palliative care, so that families and doctors can help the terminally ill to experience their process of dying without pain.

The Catechism of the Catholic Church says, “Even if death is thought imminent, the ordinary care owed to a sick person cannot be legitimately interrupted. The use of painkillers to alleviate the sufferings of the dying, even at the risk of shortening their days, can be morally in conformity with human dignity if death is not willed as either an end or a means, but only foreseen and tolerated as inevitable. Palliative care is a special form of disinterested charity. As such it should be encouraged.” (n. 2279)