3 Ways that anyone, anywhere, can join the fight against human trafficking 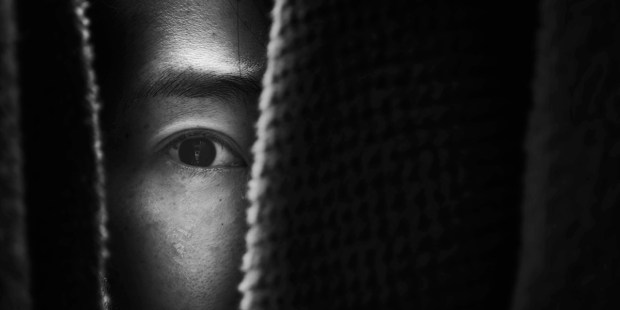 You may be one person, but you can make a real difference, right where you are.

You’ve probably read or heard about the present-day crisis of human trafficking, which has been garnering a lot of news coverage lately. But other than sharing information on social media, you might be wondering, “What can I actually do to help?”

It’s certainly crucial to understand what trafficking really looks like, as misconceptions about it abound. Aleteia recently interviewed Lina Nealon, Director of Corporate and Strategic Initiatives for the National Center on Sexual Exploitation and a national leader in the fight against sex trafficking, for an accurate perspective on the trafficking crisis—and what on earth the average person can do to help bring it to an end and aid the women and children trapped in this nightmare.

Nealon explained that there is a lot of misinformation shared about what human trafficking is, and that these inaccuracies can detract from working to end it. “People need to be very careful that they’re educating themselves from reliable sources,” she said. “It really helps if they look to organizations that have been doing this work for a long time and educate themselves on the reality of what trafficking looks like in the U.S.”

While many people think of a trafficking victim being kidnapped and kept under lock and key, the reality is much more complicated—and more insidious. Kidnapping, locks and chains, and movement are uncommon. The most common danger actually comes from the internet, as detailed here:

The greatest threat to most children is not being snatched from their parents in the supermarket parking lot, as social media would have us believe. It’s in their own homes and bedrooms, on their phones and tablets. “Social media apps are becoming online marketplaces for trafficking,” Nealon said.

So once you understand the reality of human trafficking, what can you do to help? Nealon shared these three critical steps that anyone can take to aid in the fight against human trafficking.

1
Raise your voice to corporations

It’s horrifying but true: Many well-established brands and organizations either profit from or facilitate exploitation. Nealon shared the Dirty Dozen List that calls out the worst offenders.

“We need to hold corporations accountable for platforms they’ve created that enable trafficking,” Nealon said. “We know traffickers and other predators are using these platforms and the corporations aren’t doing nearly enough. They’re turning a blind eye.”

The good news is that the Dirty Dozen initiative is bringing about real, positive change. Their site lists a number of “success stories” of corporations that changed their policies and implemented major protections or controls to protect minors from exploitation.

“Your voice really does matter,” Nealon said. “Corporations change their policies when there is public outcry—but we’ve seen a corporation change their policies after one letter from a concerned citizen.” An easy way to stay up-to-date on these issues is to sign up for a newsletter or listserv at an organization like the National Center on Sexual Exploitation or any of the organizations leading the fight against sex trafficking.

2
Speak out with friends and family

When it comes down to it, the most critical missing piece to ending trafficking is for men to stop participating in this horrific exploitation. “If no men were buying sex or viewing pornography, this whole industry would collapse,” Nealon said. “Pimps and traffickers would be out of business.”

Twenty percent of U.S. men have admitted to purchasing sex, she said, and a disproportionate portion of buyers are white, educated men who are married or have partners. What would happen if these men’s friends and family made it clear that buying a human being is never acceptable?

“Talk to the men in your life about how pornography and sex buying are inherently harmful and often violent,” she said. Men in particular can influence each other. “We need principled men to stand up and say, ‘No, this isn’t right, it’s against our dignity, and it’s against the dignity of the people we’re purchasing sex from,'” she said.

Speaking out against buying sex can take a lot of courage, but the impact is invaluable. “Even principled men might have a hard time standing up to it,” Nealon said. “They might be afraid of being mocked, or ostracized. The loudest guy in the room often sets the tone, but even quiet protest, like not going to the strip club, not laughing at the joke, or walking out of the room, can really make a difference.”

Priests and those who work in ministry often have great influence in the lives of those they minister to, and can use this position to speak out against participating in trafficking. “I have interviewed sex buyers who were going to church the next day,” Nealon said. Whether in a homily or in a small-group discussion, reminding men how dehumanizing and wrong it is to buy sex can make a real difference.

Parents, too, have a vital role to play. Given that the average age of first exposure to pornography is 11, parents can help their children enormously by proactively explaining these issues. Two great resources for approaching the topic are Protect Young Minds, a program that teaches kids to reject pornography and includes an optional Catholic supplement, and Protect Young Eyes, which keeps parents informed and provides easy-to-follow instructions about internet safety.

Voters can contact government officials and rally others to join  in pushing for legislation that requires more accountability from organizations and combats sexual exploitation. Nealon mentioned the EARN IT Act (Eliminating Abusive and Rampant Neglect of Interactive Technologies Act of 2020), which would hold corporations accountable for child sex abuse material on their platforms. “Supporting this act is a very specific thing you can do to take action,” Nealon said.

Other nations have had enormous success with legislative efforts. Sweden, for example, enacted legislation in 1999 that made it illegal to purchase sex, while decriminalizing those selling sex, in recognition that the vast majority were in the sex industry because they felt they had no other choices. As a result, human trafficking decreased because demand dried up, and culturally there is a widespread stigma against engaging in it, which is reason for hope that the same thing could happen here as well.

Finally, of course, people of faith can storm Heaven in prayer for an end to this widespread exploitation.

Educating oneself, sharing the information learned, and speaking out loudly against trafficking are steps that anyone can take to oppose it. As more people take a stand, we can hope that the tide will turn, fewer men will participate in this abuse, and more vulnerable women and children can live in peace and freedom.