St. Gregory shows us that even saints can make mistakes 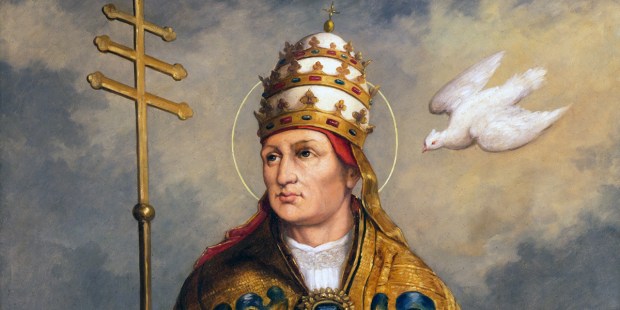 Being a saint doesn’t require perfection, but frequently involves asking God for forgiveness.

Click here to launch the slideshow
St. Gregory the Great was an influential pope in the Catholic Church and regarded as one of the greatest saints of all time. He was a generous pastor of souls, but he also possessed a profound humility.

Often we think that saints were perfect human beings, but in reality, saints were men and women who simply relied on God for everything. Everyone is called to become a saint. and our own mistakes don’t prevent us from answering this universal call to holiness.

St. Gregory admitted his own mistakes in a homily that is featured in the Liturgy of the Hours. He explains the many responsibilities he has as pope and laments how often he falls from grace.

I do not deny that I am guilty, for I see my torpor and my negligence. Perhaps my very recognition of failure will win me pardon from a sympathetic judge. When I lived in a monastic community I was able to keep my tongue from idle topics and to devote my mind almost continually to the discipline of prayer. Since taking on my shoulders the burden of pastoral care, I have been unable to keep steadily recollected because my mind is distracted by many responsibilities.

In particular, St. Gregory explains how he sins in his speech, especially when around others.

I must frequently listen patiently to their aimless chatter. Because I am weak myself I am drawn gradually into idle talk and I find myself saying the kind of thing that I didn’t even care to listen to before. I enjoy lying back where I once was loath to stumble. Who am I — what kind of watchman am I? I do not stand on the pinnacle of achievement, I languish rather in the depths of my weakness.

However, the reason why he is a saint is not because of his weaknesses, but because of the next line in his homily.

And yet the creator and redeemer of mankind can give me, unworthy though I be, the grace to see life whole and power to speak effectively of it. It is for love of him that I do not spare myself in preaching him.

Despite his sins, St. Gregory accepts the grace of God into his life and does everything for love of him. This is why the Church declares him a saint worthy of imitation.

When we look at our own lives, we should recognize our own sins, but instead of wallowing in them, we need to accept the mercy of God.

The goal is not avoiding any fall, but rising each time we fall.