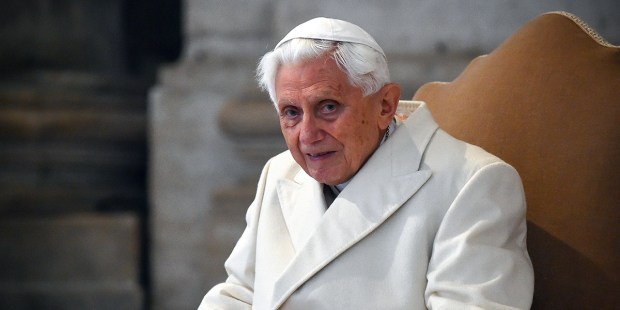 Though not the reigning Successor of Peter, the Emeritus Pope now has a claim to title of oldest pope in history.

As of today, Pope Emeritus Benedict XVI is now the longest living pope in history, although of course he would not have the title of being the oldest reigning pope.

He was just short of turning 68 when he was elected pope. With his long life and youthful election, Leo XIII is not only one of the oldest popes, but also one of the longest reigning popes in history. Only Blessed Pius IX, St. John Paul II, and St. Peter reigned longer than him.

He was only three days past his 78th birthday when he was elected pope.