Mary’s life was not about Mary 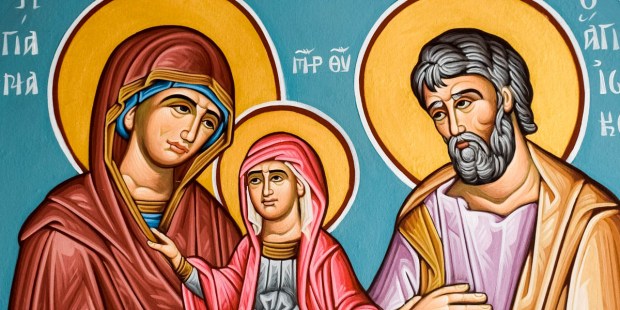 And she even makes a bigger deal out of us than she does herself.

Countless mothers have chosen to make their children’s birthdays a bigger deal than their own. There is no better example of this than Mary.

Each year, Mary’s September 8 birthday comes and goes with very little fanfare, while the world stops and takes notice of her son’s birthday, a birthday that changed the very way we count years.

It is precisely Mary’s decision to treat herself as a background character in the story of Christ’s life that has made her great.

Read more:
These are the only 3 birthdays celebrated on the liturgical calendar

First, Mary’s life, from the moment it began, was about Jesus.

“We know our lives are not about us,” Bishop Robert Barron likes to say. “We are part of a theo-drama the contours of which we can only begin to imagine.”

At first, it seems as though Mary is the exception to the rule that we are all just side characters in a story about Jesus. Catholics see her everywhere. She is one of the most popular subjects of art, ever.

This goes especially for the Immaculate Conception, our belief that in her very conception in the womb of her mother, St. Anne, Mary was preserved from sin. From her very formation before birth, she “was enriched by God with gifts appropriate to such a role.”

The fact is, though, that we are all formed by God with unique gifts meant to allow us to be united to Christ and bring him to others.

As the very first sentence of the Catechism puts it: “God, infinitely perfect and blessed in himself, in a plan of sheer goodness freely created man to make him share in his own blessed life.”

Second, Mary’s life was a model of the Our Father, the ultimate expression that our life is not about us.

As the very last sentence of the Catechism puts it: “By the final ‘Amen,’ we express our ‘fiat’ concerning the [Our Father’s] seven petitions: ‘So be it.'” Mary’s “fiat” is the model for losing our life in God’s.

The first three petitions of the Our Father are about our commitment to “thy name,” “thy kingdom” and “thy will.” Mary “magnified the Lord,” made his kingdom to come, and did his will on earth as it is done in heaven.

The last four petitions are “Give us,” “forgive us,” “lead us,” and “deliver us” — and Mary gave us a hymn to the providence of God, was healed of sin from the start, resisted all temptation and was delivered to the life promised each of us in heaven.

Third, even when she is clothed with the sun and crowned with stars, Mary is a side story.

In Revelation 12, we read a story about salvation history that begins with “A great sign appeared in the sky, a woman clothed with the sun, with the moon under her feet, and on her head a crown of twelve stars.”

Ancient Christian writers say this is an image of the Church — but also, “It is speaking about the mother of our Savior,” Oecumenius, a first century bishop tells us.

The entire theo-drama is spelled out in broad strokes in the chapter. The woman is only important because her child is “destined to rule the nations with an iron rod.” The devil objects; a war breaks out in heaven; the devil is cast out; the woman is protected by God.

“Then the dragon became angry with the woman and went off to wage war against the rest of her offspring,” it says, pulling each of us into the drama.

Fourth, Mary even makes a bigger deal out of us than she does herself.

By saying Yes to the incarnation and by order of Christ from the cross, Mary is “mother of all the children of God.” She is the Mediatrix who constantly brings our petitions to her son, and, as she did at Cana, she is the mother who looks out for our needs.

She didn’t just serve Jesus. She serves us. And it isn’t just Jesus’ birthday that we make a bigger deal out of than Mary’s. We celebrate our own birthdays more than hers, too.

That’s okay. She’s a mother. She wants it that way.

Read more:
Why John Paul II wanted Mary to be called “Mother of the Church”