New devotional brings hope and healing to survivors of abuse 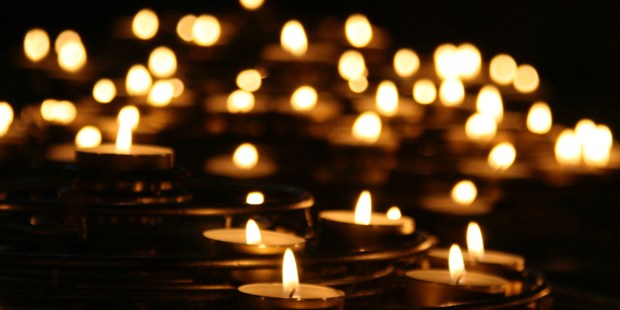 After meeting Pope Benedict XVI, a woman who suffered clerical abuse was inspired to help other survivors find peace and freedom.

In 2008, Faith Hakesley was one of five victims of clerical abuse to meet privately with Pope Benedict XVI during his trip to Washington, D.C. That meeting changed her life. Inspired by meeting the Holy Father, she wanted to create a resource to help other survivors of abuse find peace and healing.

That desire led her to write a book: Glimmers of Grace: Moments of Peace and Healing Following Sexual Abuse.

“Glimmers of Grace is a unique devotional, not only because it was written by a survivor of clerical abuse who is still a practicing Catholic, but because it puts the reader in control of their healing,” Hakesley said in an interview with Aleteia. “I’ve included inspirational quotes, reflections, gratitude prompts, positive affirmations, achievable to-dos, journaling questions, and more, to help readers understand that God is speaking to them even in the midst of their suffering. This devotional was written to be a gentle approach to healing that encourages the whole person—mind, body, and spirit—in the healing process.”

Hakesley’s own experience as a survivor of clerical sexual abuse sets her devotional apart. She brings a wealth of wisdom and understanding to the subject matter, based on the years she has spent in healing. “There is a lot of information available to help survivors and their families, but I think that hearing directly from a survivor can often be extremely helpful,” she said. “Someone who has actually been there can really get to the heart of what a survivor suffers.”

This devotional can also help spouses, friends, loved ones, or anyone who works with abuse victims gain perspective and understanding.

While I had previously dealt with many of the affects of the abuse through extensive therapy, I still felt trapped in a way because I had never truly addressed the spiritual part of me that had been scarred. I was carrying around a lot of grief and hatred for the individuals who had wronged me (my rapist and his supporters, who included some of my fellow church parishioners) and that was taking over my life in a lot of ways.

When she met with Pope Benedict in 2008, she was determined to say something profound, wanting to express the impact that clerical abuse had, not only on her, but also on her family and the entire Church. But when her turn came, she found herself unable to speak, and simply sobbed. Yet her tears were more powerful than any words she could have said.

“My tears spoke for me and for so many others who had suffered,” she said. “Pope Benedict’s response was so genuine and loving and, through our interaction, I felt the unfailing, unfathomable love of my Heavenly Father more powerfully than ever before. As a result, I was able to forgive those who had hurt me. That was when I felt truly free.”

After that meeting, she felt a call to reach out to others who had suffered from sexual abuse, and Glimmers of Grace is the outpouring of God’s grace in her life that she hopes to share with other survivors. She is passionate about sharing her personal story of healing in order to offer hope, healing, and peace to those who are suffering.

As a faith-based devotional, the book addresses the spiritual aspect that can be overlooked in psychological healing. “Any person with even the tiniest bit of faith will be able to pick this book up and take something from it,” she said. “It doesn’t matter whether an individual is just coming to terms with their abuse or whether they are someone who has been on the healing path for a long time.”

She also shared a few key strategies for survivors to find healing, with the important caveat that the process will vary vary from survivor to survivor since each person is unique and deals with trauma differently. She offered these 5 suggestions to help in the healing process.

1
Include God in your healing.

“Your faith can be a powerful ally,” she said. “Since our spiritual lives are a part of who we are, it’s important to include it along with whatever emotional and physical therapies may be needed.”

“You don’t have to suffer alone!” Hakesley said. “There is no shame in seeking out psychotherapy or even medication at times.” She added the suggestion that people of faith may want to seek out a Christian or Catholic therapist whenever possible.

3
Take care of yourself physically.

“When you are recovering from a trauma, caring for your basic needs sometimes gets pushed to the side,” she said. Survivors may have to consciously make the decision to, for example, eat a healthy meal, exercise, and drink enough water to stay hydrated. She lists various self-care techniques for readers in her book.

“You’re not going to be feeling great emotionally or spiritually as it is, and neglecting yourself physically just makes things worse,” she said.

4
Include a loved one.

“Healing is difficult to do on your own and can be extremely isolating, so including a trusted individual can be very helpful so you don’t feel so alone,” she said. She suggested communicating with a spouse, parent, friend, or counselor and including this person in the healing process.

“One of the great things about this devotional is that you could read it alongside a loved one and your answers to the reflection questions with them,” she said. “They will gain a better understanding of what you are going through and also be inspired with some ideas of how to better help you.”

5
If you are able to do so, involve law enforcement.

“This is a tough one for many survivors,” Hakesley said, and it may not be possible for many survivors. But whenever possible, she encourages others to tell their stories to local police. “Your story might help prevent future sexual abuse from occurring or even bring credibility to someone else who has come forward, or someone who will come forward, about an abuser,” she said.

Above all else, Hakesley hopes her book will help other survivors remember their identities as beloved children of God. “Before anything that anyone has said to you or done to you, and before any labels that have placed on you by others, you are first and foremost a precious child of God,” she said. “He wants to help you heal. I want readers to know that there is hope, peace, life, and freedom after abuse and that healing is always possible. You are not alone!”

Read more:
Benedict XVI weighs in on causes of sex abuse in the Church