Why we shouldn’t think of Mary as an unwed mother 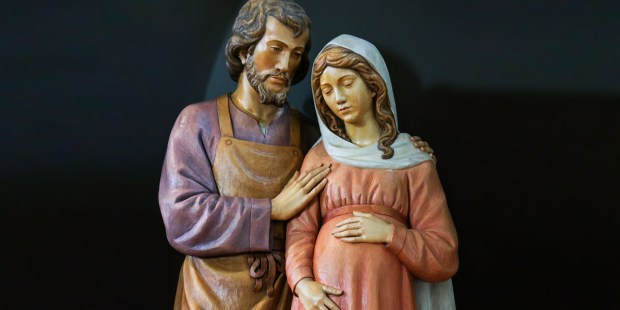 Let us understand Scripture and see her as the champion of life.

What do you make of this statement beloved by many saints? De Maria numquam satis. Rather freely translated, one might read it as, “Regarding Mary, one can never say too much.” The Catholic world is bursting with examples of devotion to Mary, the mother of Jesus. Every art medium, countless books, the greatest cathedrals, myriad saints across the ages—all have given testimony to the inspirations received while contemplating merits and beauty of Mary. Blessed Bartolo Long wrote: “What is my vocation? To write about Mary, to have Mary praised, to have Mary loved.” (A remarkable statement from one who as a young man had become an occultist and satanist before being led to conversion and a devotion to the Rosary by a Dominican priest.)

Read more:
Satanic priest turned saint, Bartolo Longo is proof that no one is too lost to be found

Yes, we can never run out of good and true and beautiful things to say about Mary. But … there are some things that must not be said of Mary, however well-intentioned. From time to time it has been said that Mary was “an unwed mother.” I think that one root of this error is a misunderstanding of Scripture, as well as a well-meaning but nonetheless misplaced attempt to stir sympathy for Mary after the archangel Gabriel gave her the astounding news that she would conceive the Son of God. (Luke 1:31-33) The other root of this error is a misunderstanding of the role of the Holy Spirit in the life of Mary. Let’s look at both.

We’ll get ourselves into difficulty if we fail to understand the biblical concept of “betrothal” at work in the Jewish culture of Mary and Joseph. Matthew 1:18 says: “Now this is how the birth of Jesus Christ came about. When his mother Mary was betrothed to Joseph, but before they lived together, she was found with child through the Holy Spirit.” Betrothal was the first part of the marriage, committing a man and woman to each other as husband and wife even before they made a home together. As Matthew 1:19 says: “Joseph her husband, since he was a righteous man, yet unwilling to expose her to shame, decided to divorce her quietly.” St. Matthew makes clear that Joseph was her husband or else he would not have considered divorcing her.

Some folks, with the best of intentions, may be inclined to speak of Mary as an “unwed mother” in order to stir up compassion for women who find themselves facing what is sometimes called “a crisis pregnancy.” Such women and their pre-born children need our compassion and support, but not because Mary was an unwed mother. From the earliest times of Christianity, Mary was referred to as the “spouse of the Holy Spirit”; in this view, she could not possibly be an unwed mother.

Over a hundred years ago, Pope Leo XIII wrote: “You know well the intimate and wonderful relations existing between Mary and the Holy Spirit, so that she is justly called His Spouse.” He is simply confirming words written by St. Augustine some 1,400 years prior: “Mary was that only one who merited to be called the Mother and Spouse of God.” Yes, from the Church’s earliest reflections, Mary was rightly called the “Mother of God” because she is the mother of Jesus who is true God and true man. She is also called the spouse of the Holy Spirit (and hence the “spouse of God”) because of the spousal relationship between them. What do I mean by that?

Marriage is characterized by love that is full, free, faithful and fruitful. Mary, “full of grace” (Luke 1:28), is preserved from original sin from the moment of her Immaculate Conception. The divine love for Mary is free, inasmuch as God chose to love her as an expression of his providence and sovereignty. That love is faithful, for it never fails her and is never withdrawn from her. It is a fruitful love (absolutely so!) because that love results in the conception of the Christ who is both son of God and son of Mary. So understood, Mary is rightly called “the spouse of the Holy Spirit.”

What’s the take-away from this theology lesson? Simply this: if we want to help the pro-life cause and inspire generosity on behalf of women in distress, we can and should do so because Mary is proof that God is lovingly at work in human life from the moment of conception. Mary is rightly the greatest inspiration for Christians defending the pro-life cause, because she chose to cooperate with the work of the life-giving God, and not because of a misapplied plea for pity as an unwed mother.

Let’s pray and work together to champion the God-given gift of each human life, from conception till natural death.

When I write next, I will speak of conscience. Until then, let’s keep each other in prayer.

Read more:
This Lebanese shrine to Mary is where she waited for Jesus on his visit to Tyre and Sidon