The richest man in the world praises his mom, who had him as a teen 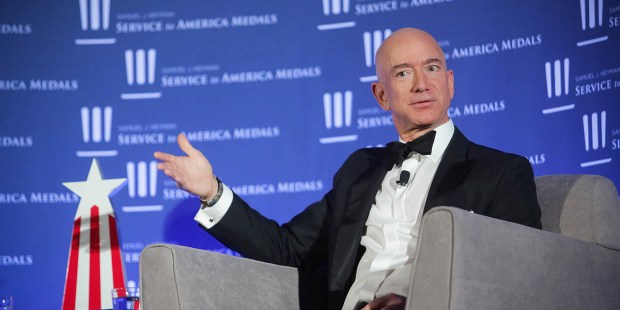 The support and love of Jeff Bezos’ family helped him succeed, and he’s forever grateful for his mother and father’s sacrifices.

Jeff Bezos is the founder and CEO of Amazon and the richest man in the world, according to the list drawn up annually by Forbes magazine. But the details of his past are unknown to most people, and his early life reveals a story of courage and love.

In the last days of July, Bezos spoke (by teleconference) before the U.S. House of Representatives Committee on the Judiciary Subcommittee on Antitrust, Commercial, and Administrative law, which is investigating possible monopolistic practices on the part of tech giants. Bezos’ Amazon empire is one of the main focuses of the debate, along with Apple, Facebook, and Google.

At the beginning of his declaration, however, he made public a statement in which he underlines the importance of his family—especially his mother, his adoptive father, and his grandparents. It reveals aspects of this billionaire’s personal life that until now had not been widely disclosed.

Born to a teen mom

Bezos describes his mother as a young woman who faced challenges when she became pregnant as a teenager. “My mom, Jackie, had me when she was a 17-year-old high school student in Albuquerque, New Mexico,” he writes. “Being pregnant in high school was not popular in Albuquerque in 1964.”

Bezos goes on to explain some of the difficulties she faced. Her high school wanted to expel her, but she wanted to continue her education and her father “went to bat for her.” He was able to convince the principal to allow her to finish her studies, but with certain limitations: She couldn’t have a locker or participate in extracurricular activities. “My grandfather took the deal,” Bezos writes, “and my mother finished high school, though she wasn’t allowed to walk across the stage with her classmates to get her diploma.”

Attending classes with baby and diapers in tow

Bezos’ mother enrolled in night school in order to continue her education, an act of determination that Bezos describes with admiration. Not all professors would accept the presence of an infant in class, so she had to choose her courses carefully. “She would show up with two duffel bags—one full of textbooks, and one packed with diapers, bottles, and anything that would keep me interested and quiet for a few minutes,” Bezos says.

Jeff Bezos didn’t grow up with his biological father, but he has the greatest respect and appreciation for the man who married his mother and adopted him. “My dad’s name is Miguel,” Bezos says. “He adopted me when I was 4 years old. He was 16 when he came to the United States from Cuba as part of Operation Pedro Pan, shortly after Castro took over. My dad arrived in America alone.”

“His parents,” Bezos says about his adoptive father, “felt he’d be safer here. His mom imagined America would be cold, so she made him a jacket sewn entirely out of cleaning cloths, the only material they had on hand. We still have that jacket; it hangs in my parents’ dining room.”

Upon arrival, his father was interned in a refugee center in Florida for two weeks, and then was transferred to a Catholic mission in Wilmington, Delaware. “He was lucky to get to the mission, but even so, he didn’t speak English and didn’t have an easy path,” Bezos explains. “What he did have was a lot of grit and determination. He received a scholarship to college in Albuquerque, which is where he met my mom.”

Bezos considers his mom and dad among the “greatest gifts” he has received in his life. “They have been incredible role models for me and my siblings our entire lives.” The family is close to this day.

Great lessons learned from his grandparents

Jeff Bezos went on to describe the legacy left by his grandparents. “You learn different things from your grandparents than you do from your parents, and I had the opportunity to spend my summers from ages 4 to 16 on my grandparents’ ranch in Texas.”

His grandfather, a civil servant and a rancher, “worked on space technology and missile-defense systems in the 1950s and ‘60s for the Atomic Energy Commission.” His grandfather’s practical, independent, and resourceful attitude made a big impact on Bezos. “When you’re in the middle of nowhere, you don’t pick up a phone and call somebody when something breaks. You fix it yourself,” Bezos writes.

Bezos watched his grandfather solve problems of every kind on the ranch, and it deeply impressed him. “He taught me that you can take on hard problems. When you have a setback, you get back up and try again. You can invent your way to a better place.”

The founder of Amazon started to put these lessons into practice long before he founded the company that would make him the richest man in the world. He talks about how, as a teenager, he used his creativity to solve problems, at times with hilarious intentions. “I invented an automatic gate closer out of cement-filled tires, a solar cooker out of an umbrella and tinfoil, and alarms made from baking pans to entrap my siblings,” he said.

Bezos explains that the concept of Amazon came to him in 1994. But long before that, the lessons and support he received from his family shaped him, and have been key in his path to becoming a billionaire with international influence whose companies have created more than 100,000 jobs in the midst of the pandemic.