The Judean wilderness: Photos of the desert where Jesus resisted Satan

Jesus spent 40 days in YeShimon, which means “Place of Desolation.”

Stretching from the mountains of Judea in the East to the Dead Sea in the west, the Judean Desert encompasses much of the land trod upon throughout the biblical narratives.

John the Baptist, who preached in the Judean Desert, calls himself “the voice crying in the wilderness,” foretold by Isaiah (Matthew 3):

In those days John the Baptist appeared, preaching in the desert of Judea [and] saying, “Repent for the kingdom of heaven is at hand!” It was of him that the prophet Isaiah had spoken when he said: “A voice of one crying out in the desert,‘Prepare the way of the Lord, make straight his paths.’”

After he was baptized by John, Jesus spent 40 days in the Judean wilderness, where he overcame the temptations of Satan (Mark 1):

At once the Spirit drove him out into the desert, and he remained in the desert for forty days, tempted by Satan. He was among wild beasts, and the angels ministered to him.

Land of the Bible describes the Judean Desert terrain as “rugged,” with deep canyons worn into the rock by rivers; some of which flow all year long to create valuable oases where people and animals alike can find respite from the unaccommodating environment, while others have long since run dry, leaving various wadis to explore. Because the mountains and rock formations are mostly sandstone, the landscape is constantly changing due to wind and water erosion.

From a historical perspective, exploring the Judean Desert brings us closer to the ancestors of our Catholic faith. There are many biblical settlements found within and just outside the bounds of the Judean Desert. Jerusalem, for example, is on the western border of the desert, while the Dead Sea (the lowest elevation in the world at 1,412 feet below sea level) is where the desert terminates in the east at the Jordan River.

Within the Judean Desert lie the biblical cities of Bethlehem, Jericho, and Hebron, to name a few. Also located in the Judean Desert are the caves of Qumran, where the Dead Sea Scrolls were discovered in the mid-20th century, as well as several Early Christian monasteries, some of which are still active.

There are a variety of archaeological sites within the desert, including the fortresses of Masada and Horkenya.

Take a look at our slideshow to behold some of the captivating sights of the Judean Desert. 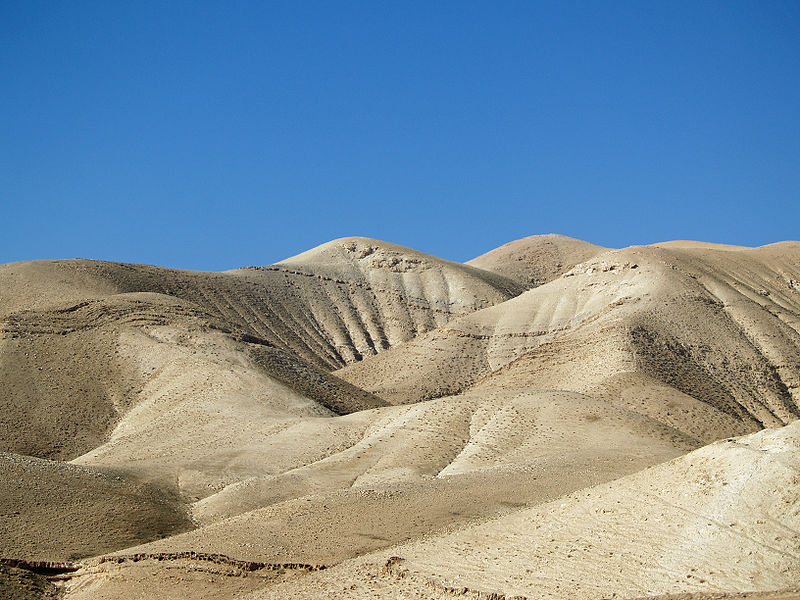