10 of the oldest churches in England

These churches have stood for over 1,000 years as a testament to the enduring Christian faith of England.

St. Augustine of Canterbury is considered the founder of Christianity in the British Isles, having been sent in 597 by Pope Gregory the Great to convert King Æthelberht and his Kingdom of Kent from Anglo-Saxon paganism. As Lucien de Guise writes in Aleteia, in truth, Christianity had existed in Britain since the 2nd century.

“There are no census records, but Christianity had taken root before the Romans abandoned Britain, around 410. As early as the 2nd century AD there had been Roman travelers to Britain bringing with them rudiments of the new faith,” writes de Guise.

Read more:
A brief (and slightly biased) history of Christianity in Britain

After the Romans abandoned Britain in 410, “it [Christianity] was re-introduced into England by the supposed barbarians of Ireland, Scotland and other fringe operators,” he writes.

De Guise writes, “After the departure of the Romans, it was time for the British Isles’ most prominent saints to emerge. They are noticeably from the fringes: St. Patrick, St. Andrew and St. David. England’s patron, St. George, is the only one imported from the eastern Mediterranean.”

These “fringe operators” shared their faith with pagan England, paving the way for the union between Anglo-Saxon rulers and Christianity that St. Augustine helped forge. The churches from this time remain a testament to the faith and fortitude of the holy men who helped build them.

While these churches have worn with time, they still retain their beauty, which echoes the care that was put into the laying of each stone. Some have survived Viking invasions, while others have withstood the elements for over 1,000 years. Today the majority of them are protected as important heritage spots, with many offering tours of the grounds, so that all can explore these distinct representations of the enduring Christian faith of the English.

We’ve assembled a list of some of the oldest churches in England. Start the slideshow below. 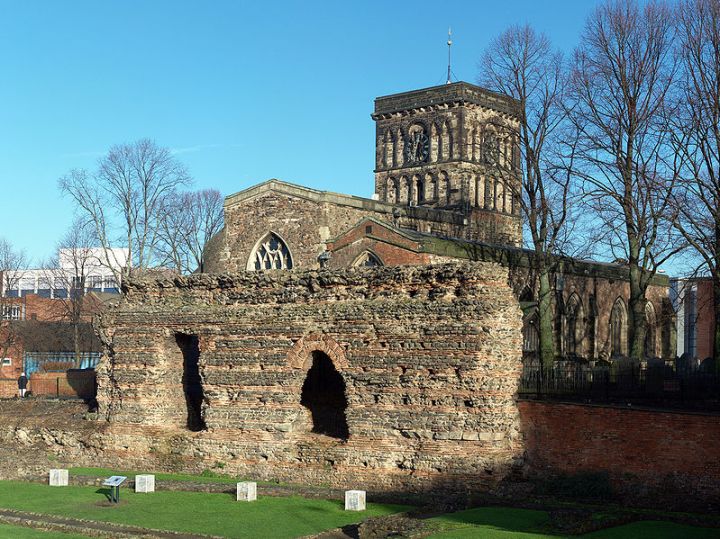