4 Ways to avoid being swept up in “cancel culture” 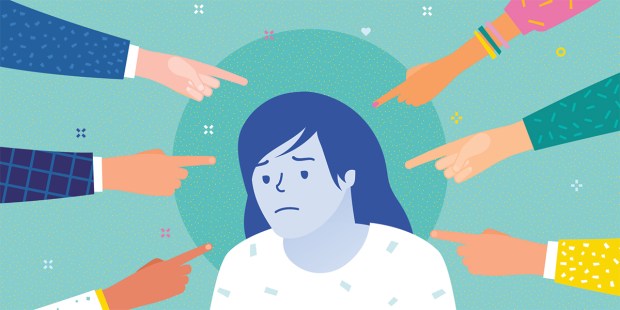 It’s a dangerous trend because it ignores our common humanity, but we can each choose a better way.

Boycotting corporations and “canceling” public figures for specific reasons has been around a long time. But we now see the mainstreaming of “cancel culture” to specific individuals and groups who often have no desire to become the face of a particular cause or idea.

The intensity of how these people get erased brothers me greatly, as it’s created an atmosphere of paranoia and fear. Many of us can no longer express our opinions and hear those of our friends and co-workers because we’re now too afraid of each other. We don’t want to say anything that might cause an incident and destroy the relationship. There as a time when healthy debate was encouraged, or at least tolerated. People were allowed to say what they thought; they were allowed to contribute to the discussion. Now it seems that on a wide range of topics, voices are silenced.

Cancel culture has become a religion to its adherents, who in their minds are defending their definition of moral purity. Coming up against it, there’s no way to avoid becoming the object of wrath except to express the correct beliefs all the time. One mistake is too many, and forgiveness is impossible to attain. The canceling never stops and only becomes more extreme. It’s a snake that eats its own tail.

Here’s why cancel culture works. It creates a strong “in group,” united in the way it thinks. The group is fragile, though, because no group of people can – or should – think alike all the time. Eventually cracks form in the facade and uniformity of opinion has to be maintained by peer pressure and bullying. The group begins to control its members and takes away freedom of thought. Cancel culture provides a fast reward — the feeling of belonging and acceptance. It doesn’t create lasting, true relationships, however, and in the long term it’s destructive.

You may have already noticed this effect in your life – people who no longer talk to you or who have blocked your social media page. It isn’t because you had a falling out; it’s simply that your opinions became intolerable and you were quietly but ruthlessly canceled. You may not even know why. Every other quality such as intellectual curiosity, kindness, generosity, sense of humor, or anything that makes personal relationships so meaningful is disregarded. This is what’s so dangerous about cancel culture – it ignores our common humanity.

The urge to impetuously cancel someone — write them off, ignore them, unfriend them – falls apart when we take a moment to consider that this person we were going to throw away so easily is a human being. A flawed human being, just like us, but also a unique individual who can surprise and challenge us

Here are 4 ways to avoid being swept up in cancel culture.

The reason people are labeled and subsequently mocked is because it’s easier to take away their personhood if we limit them to a label. It’s a form of emotional violence. We still do it, though, because it makes us feel better about the way we treat each other.

If we see the world as a set of black-and-white rules that must be followed with no question, it becomes easy to interpret everything through that rigidly held viewpoint. There’s a cheap thrill in removing a transgressor, but doing so denies them all chance to explain themselves, to ask forgiveness, to learn something, and maybe even to show the validity of their own beliefs.

By this, I’m not recommending engaging in debates over hot-button issues until grudgingly agreeing to disagree. Personally, I don’t like debates and generally find them overly adversarial. What I mean to say is that we shouldn’t be afraid to focus on what unites us rather than what divides us.

The greatest gift that any of us has, what makes life so beautiful, is our ability to give and receive love. This is the virtue that lifts us up and brings lasting happiness. It’s the reason we’re alive. Other people are not a mere collection of ideas and opinions to either be agreed with or repudiated. They’re so much more than that, and they are so very worthy of our love.

It’s easy to love someone who thinks just like us, but where does love really grow? Where does it take root and blossom? It takes place when we are patient and kind with those who are different than us. If we cancel each other, how can we possibly know what love is? If we cancel each other, we all lose. Making the decision to resist cancel culture is a huge wake-up call to focus on what really matters.

Read more:
How can we create a culture of trust in an age of suspicion?