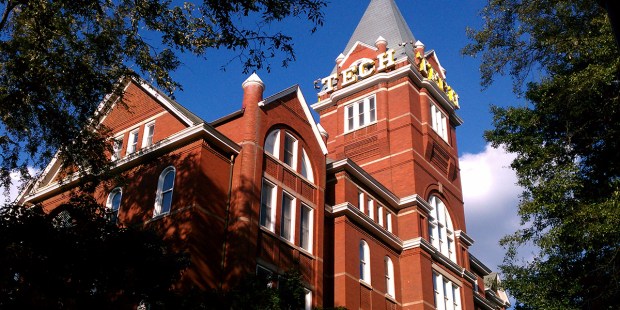 The Georgia Institute of Technology has settled with a campus pro-life student group over a dispute involving Martin Luther King’s niece.

Georgia Tech denied funding to its chapter of Students for Life of America because their invited speaker, Alveda King, was “inherently religious,” thus presenting a constitutional dilemma for the state-funded university.

Georgia Tech eventually agreed to change the policies that allowed its student government to deny funding for King’s visit. The settlement also provided for $50,000 in damages, plus attorneys’ fees.

King spoke at Georgia Tech October 1, 2019. Members of the SFLA chapter had to pool their money to pay over $2000 out of pocket for the event, said Caleb Dalton, legal counsel at ADF.

“Public universities are supposed to welcome diverse viewpoints and can’t treat some student groups worse than others simply because they disagree with what the students have to say,” Dalton said in a press release. “Georgia Tech’s previous policy allowed discrimination against Ms. King because she was accused of leading an ‘inherently religious’ life. Under such a standard, MLK himself would not be welcome on campus. Thankfully, by changing these policies, the university is respecting our clients’ First Amendment freedoms and better living up to its duty to offer a marketplace of ideas, where diverse viewpoints should be encouraged, not shut down.”

According to ADF, students at Georgia Tech, including members of Students for Life, pay mandatory student activity fees, which the Student Government Association uses to fund all other organizations’ events on campus. However, when the pro-life club sought funding for their speaking event featuring King, SGA members “interrogated the club on the content and viewpoints that King would present at the event,” the law firm said in a press release. The student government denied the funding request stating that, because King has been involved in religious ministries, her life was “inherently religious,” and they could not separate that from the event about civil rights and abortion.

The university issued a statement to Aleteia, saying, “The First Amendment guarantees of free expression are an essential cornerstone to the advancement of knowledge. Georgia Tech is pleased with the policies, as they reflect our commitment to upholding these important principles.”

Students for Life of America President Kristan Hawkins commented: “Courageous student leaders across the nation face real opposition from their schools because they choose to stand up for the defenseless and peacefully educate their fellow students about protecting the preborn. The Constitution is clear that public universities can’t discriminate against students for their political or religious beliefs, and we are hopeful that Georgia Tech’s decisive policy changes will set an example for universities around the country to uphold all students’ constitutional rights.”