Why is St. Florian the patron saint of firefighters? 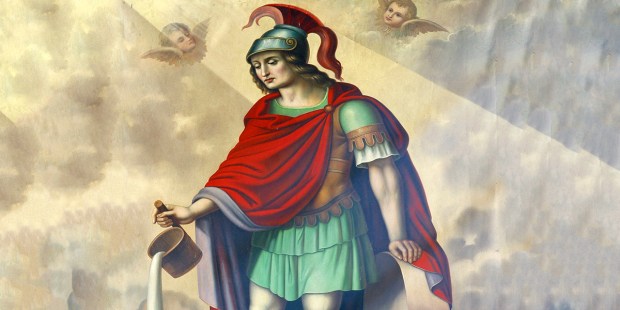 The Roman soldier has many legends and miracles associated with him that feature him extinguishing fires.

How did he become associated with firefighters?

St. Florian was a Roman solider in the 3rd century who was reportedly in charge of a special group of firefighting soldiers. This fact is difficult to trace, but what appears to be more plausible is that he was associated with a particular miracle. According to the 19th-century book Sacred and Legendary Art, this involved his swift action to douse the flames threatening a city.

He was a native of Enns, in Lower Austria, and worked many miracles: among others he is said to have extinguished a conflagration by throwing a pitcher-full of water over the flames.

Furthermore, according to the early 20th-century book Notes and Queries, Florian was also credited with a similar miracle through his heavenly intercession.

His connection with the suppression and prevention of fires is not very clear, but it is said that on one occasion a [man] fell into his fire, and was saved by invoking the saint. This incident is the subject of one of the fifteen pictures with which the abbey church of St. Florian is decorated.

There exists even a special litany to St. Florian that invokes his intercession against fires.

Whatever the exact origins of this association might have been, throughout the Middle Ages and into the present day St. Florian has been called upon in time of need by firefighters and many miracles have occurred.

Read more:
Why the Holy Spirit appeared as fire