Are you a klutz? St. Joseph of Cupertino is your saint! 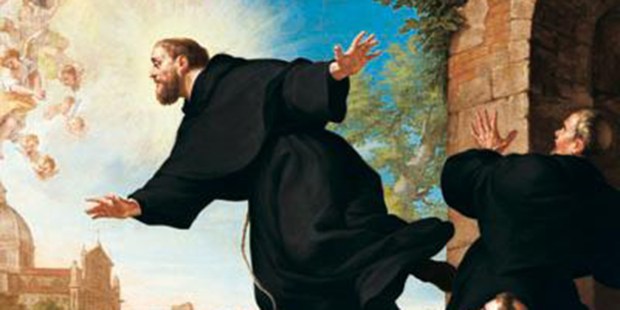 St. Joseph of Cupertino was known to drop dishes, break pots and get into other blunders around the monastery.

Click here to launch the slideshow
While much is written about St. Joseph of Cupertino’s supernatural ability to levitate, outside of the chapel he was more prone to being a klutz.

He possessed an innocent and simple soul, but was not graceful in the kitchen. In many ways his simplicity made him childlike, not entirely aware of his surroundings.

Angelo Pastrovicchi relates this side of the saint’s life in his book, St. Joseph of Cupertino.

He was employed in the kitchen and refectory, but displayed a woeful lack of ability. At times he could not distinguish wheat bread from rye bread, often he broke dishes by letting them fall, upset pots in putting wood on the fire and committed other blunders of a similar nature.

Pastrovicchi explains that, “Some have ascribed this awkwardness to a defect of sight.” He could have also been born with an intellectual disability that would have been diagnosed differently in today’s medical environment.

Whatever the case is, many of us can relate to the experience of being a clumsy person, always getting into trouble for our inattentiveness.

The example of St. Joseph of Cupertino shows to us what truly matters in life. He may have not been perfect or graceful in his actions, but he possessed a truly simple soul, deeply in love with God.

It was his simplicity and humility that allowed God to work many miracles that astonished everyone. He never sought attention, fame or fortune. All he wanted was to serve God in the silence of his heart.

His example is inspiring and gives us hope, especially when it may seem that we can’t get anything right!

6 Saints who could fly 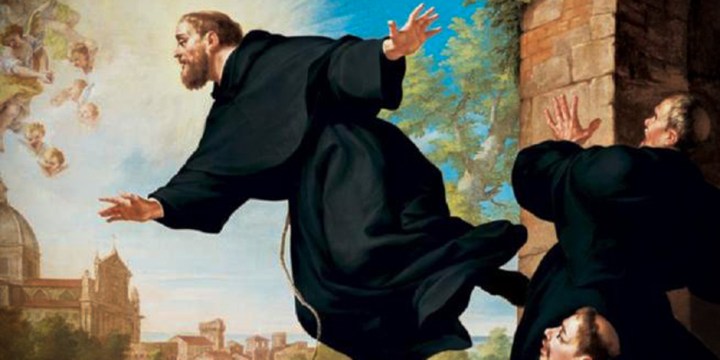 Read more:
St. Gregory shows us that even saints can make mistakes