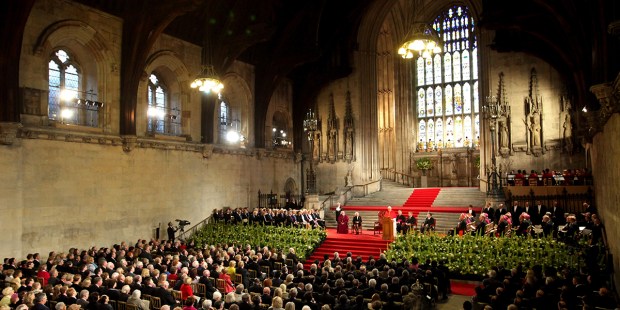 Cardinal Nichols recalls “rapturous welcome” to a country that has struggled for 400 years in relating to Catholic Church.

Ten years ago this week, from September 16-19, 2010, Pope Benedict XVI made a successful Apostolic Visit to Great Britain.

A decade on from that journey, the Cardinal Archbishop of Westminster, Vincent Nichols. reflects on those four days, describing them as “remarkable in many, many ways.”

The Cardinal recalls the many highlights that stand out in his mind.

One in particular, he writes, “was the drive down the great road approaching Buckingham Palace – The Mall – decorated on either side with papal flags and Union Jacks. Packed with people on both sides. It was a sight I thought I would never see. A warm, rapturous welcome to the Pope of Rome in this country, which has, for the last 400 years, struggled with its understanding of its relationship to the Catholic Church.”

Another memory for Cardinal Nichols was Pope Benedict’s presence in Westminster Abbey standing with the Archbishop of Canterbury … “an echo of that great visit of his predecessor, Pope St John Paul II, in Canterbury Cathedral, signaling a great healing of an ancient wound.”

“And then there was his visit to St. Peter’s Residence in Vauxhall,” writes the Cardinal, “where he literally sat among the elderly and didn’t shy away from identifying himself as somebody in that same phase of life.”

For Cardinal Nichols, another great highlight of this journey was Pope Benedict’s speech to politicians, peers and religious leaders in Westminster Hall, “when he called for a proper dialogue between the world of reason and politics and the world of religion, of faith.”

A visit that still resonates

The Archbishop of Westminster writes that Pope Benedict’s visit 10 years ago “built on the impact of the visit of Pope St. John Paul II, which shifted the perception of the presence of the Catholic Church in this country.”

He goes on to say that the visit – especially the visit to Westminster Hall, “still resonates and still gives Catholic politicians a platform and a continuing respect.”

In the reflection, Cardinal Nichols thinks back to the end of this Apostolic visit, and recalls the words of one commentator who said, “he appeared as everybody’s favorite grandfather.”

“We saw his courtesy,” notes the Cardinal, “his gentleness, the perceptiveness of his mind and the openness of his welcome to everybody that he met.”

Cardinal Nichols says he will be writing to the Pope Emeritus to thank him for his visit, and “to thank him for the gifts that he gave us, and thank him especially for his beatification of Cardinal John Henry Newman on that wonderful day in Cofton Park in Birmingham.”

That step, he writes, “has now been completed with the canonization of Saint John Henry Newman, something which we know thrilled the heart of Pope Emeritus Benedict.”

The Pope Emeritus is “through and through a man of God, close to the Lord and always His humble servant.”