What will make people more likely to accept the “truthiness” of truth? 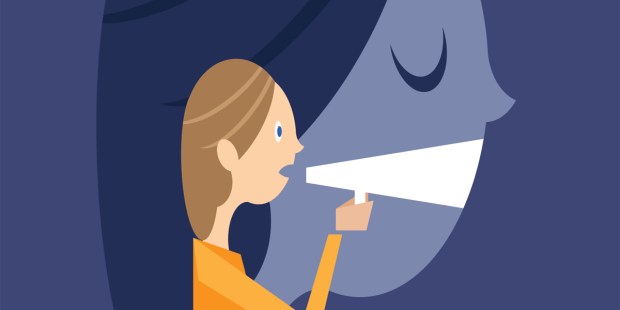 Have you ever made this mistake? “If only I explain myself clearly enough, people will understand and agree with me—and then act accordingly.”

Anyone who has engaged in evangelization or political debate knows that’s a dead end. It’s not enough to be reasonable and truthful when trying to argue for right thinking and right acting. Overlooking that awful fact is what I call the “Rationalist Fallacy.” (A topic in my new book.) The “surely-truth-is-enough” belief forgets that persons are neither angels nor machines. Not angels — people have bodies and emotions; not machines — people have free will. Those facts present us with great opportunities and great challenges.

To understand and manage them well, let’s turn to Aristotle.

Aristotle noted that the three elements of rhetoric (the art and science of persuasion) are ethos, pathos, and logos. Ethos is the speaker’s reputation for moral rectitude. Pathos refers to emotion as a means of engaging the will, so as to move one’s audience to action. Logos, of course, is the truth.

Christians are drawn to the Logos, who is Christ the truth. Simply stating the truth is not enough because human beings aren’t angels; we’re more than intellect alone. People have bodies and emotions. Needing to be rationally convinced of the truth, they must also be emotionally moved to the truth, and to the right action that the truth demands. We must engage their emotions while respecting their freedom and their intelligence. That’s a fine line for us to walk, but we must learn to walk it.

Our appeal to emotion must be authentic, not merely sentimental and certainly not fake. Perhaps an illustration from the life of Mark Twain might help. Mark Twain was known for his use of salty language, which scandalized his wife. Exasperated, she herself cursed a blue streak and asked how he liked hearing those words himself. His replied, “My dear, I hear the lyrics, but not the melody.” In other words, he did not believe that she believed what she was saying, even though she was using all the right words. We must not make the same mistake.

Aristotle also knew that human beings are naturally social. That’s why ethos, the reputation, the credibility of the speaker, is so important. People are more likely to accept the “truthiness” of the truth spoken by the speaker if they find the speaker to be credible. How do we establish our credibility? Credentials are essential, but so is love. People can hear hard truths spoken by people they are sure love and respect them.

Read more:
5 Ways to evangelize, without seeming to

Here’s what I have in mind. Someone was trying to explain the difference between speeches given by two well-known senators. The difference, one observer noted, is that after a speech by one senator, people would say, “What a nice speech.” In contrast, after a speech by another senator, people would jump up and say, “Oh my word! We’ve got to DO something!”

I hope that all of us have in mind as one of the goals of our evangelizing and debating that people should stand up and say, “Oh my word! We’ve got to DO something!” We can lead them to that point by presenting the truth with love and passion, in a way that rouses tears, anger, faith, hope, charity, joy, and gratitude.

But if we want them to go from saying, “We’ve got to DO something!” to actually doing something, we have to help them with some concrete directives. These directives must be specific enough so that they are measurable rather than vague. In other words, our rallying cry as Christian truth-tellers must be more specific than shouting, “Let’s be nice!” How do you measure “nice”?

Also, we must avoid being satisfied with getting people to shout slogans that stimulate emotion while stifling thought and obscuring right action. It’s all well and good to lead choruses of “Choose life” and “Defend the poor,” but it’s all just noise if we can’t foster a conversation that leads to thoughtful, heart-felt, fruitful and consistent action.

People nowadays are anxious, confused, and angry. They may get excited and even feel relief when someone grabs a microphone and starts giving voice to shared frustrations. That’s not good enough for Christians. No progress is made when simply yelling the truth causes opponents to dig their own trenches deeper. The call to conversion that hearing the truth demands is more likely to be accepted by an audience made sure that we’re willing to join them.

When I write next, I will speak of another overlooked aspect of morality. Until then, let’s keep each other in prayer.