A life lived from faith transforms the world with beauty 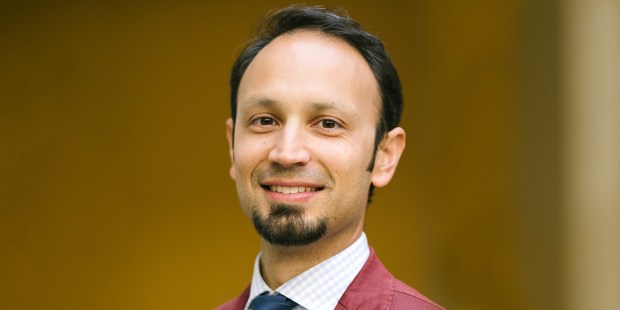 Students at the International Theological Institute in Austria are called on to transform the world they live in, according to alum Dr. Scott Hefelfinger.

Dr. Scott Hefelfinger is an assistant professor of theology in the Graduate School of Theology at the Augustine Institute, Denver, Colorado. He teaches primarily moral and spiritual theology; but also Catholic Social Teaching, Christian marriage, and a dogmatic theology course on the Creed.

In his early youth, Scott studied music at the University of California, Berkeley. During his studies there, he fell away from his faith. When he later rediscovered the Faith, he wondered about the reasons why he believed what he believed. Having no theological background, he was eager to know the mind of the Church. This brought him to the International Theological Institute (ITI) in Austria, where the search for truth is set within the heart of the Catholic Church, faithful to the teaching of the Magisterium.

The eight years that Scott spent at the ITI provided him with solid intellectual and spiritual formation. He earned two theological degrees (a masters and licentiate in theology), and also met his future wife, a fellow student from the Austrian Alps. This formation prepared him well for further studies at the University of Notre Dame, which has one of the top doctoral programs in theology in his home country, the United States of America. While studying at Notre Dame, he found that the familiarity with the Church’s great thinkers, traditions, and texts that he gained at the ITI was a great blessing. He is grateful to the ITI professors and his fellow students for helping to inflame his love for the truth.

Music has also remained an important part of Scott’s life. He first became involved with liturgical music and serving in parishes when he was ten years old, and he continued his involvement during his time at the International Theological Institute. The ITI student choir thrived under his direction. He deeply appreciates his exposure to beautiful liturgy during his time at the ITI – both the Divine Liturgy of the Byzantine Rite and the Latin Rite Mass. He still loves music and hopes one day to write liturgical pieces.

Scott Hefelfinger recalls his time at the ITI with joy and great appreciation. It was there that he realized, as he states, “the importance of bringing together the faith and the quest for the truth; but also embedding that in a rich life and a rich culture.” He continues: “The way I invested myself in the choir was really part of that discovery and that growing love for the cultural aspects of the faith, which are the natural expressions of a faith that’s penetrated the heart. Music was one primary way that I was able to make a contribution”.

One of the great lessons that Scott took away from his time at the ITI was the lesson of the unity of life. He says: “The unity that we had in this community of students, along with faculty and staff … [it was] a unity that was aimed at pursuing the truth together, but also worshiping together and living a rich life with lots of culture together. The ITI has this beautiful history of transforming the world around it into something more beautiful. That unity of life that lives out the faith and transforms the world around it with beautiful things, with loving things, with truthful things, that’s been a great gift for me. I’ve been trying to live that out in my small way wherever I have been after the ITI.”

Read more:
Dr. Gudrun Kugler: “you can change the world by learning how to think”

Dr. Hefelfinger is convinced that ITI students and graduates are called to transform the world for the better, which takes great initiative and great focus. He knows that living in a world replete with distractions means that it takes real commitment and courage to do something great for the Lord and for the community in which one lives; he would encourage all to try “to be aware of the goodness of life and how we are called to courageously add to that goodness in any way that we can.”

He finds the means to do this in the Benedictine slogan “ora et labora.”  It is essential, he states, to be rooted in a deep interior life, the life of prayer; but also to see that the world of work, to which most of us are called, is not something in competition with the interior life. By seeking excellence and transforming our workplace and our culture, we can make this world more beautiful. He challenges himself and us to a courageous commitment to the faith, and a courageous commitment to living it out in a beautiful way. This beauty in the world, he says, is the seal of truth and the confirmation of the depth of our interior life.

You can watch the full interview conducted by the President and Rector of the ITI, Dr. Christiaan Alting von Geusau, with Dr. Scott Hefelfinger here.