Take a tour of the beautiful mosaics of Ravenna, Italy

The former capital of the Holy Roman Empire is a treasure trove of stunning mosaics, including outstanding Byzantine-era Christian examples.

The city of Ravenna, in Italy’s north-east region of Emilia Romagna, served as the capital of the Holy Roman Empire between 402 until 476. Today, Ravenna is celebrated for its abundance of Christian art, and its mosaics in particular. Between the 5th and 6th centuries, the most skilled mosaic artists flocked to Ravenna to craft stunning murals made with this technique.

Travelers to Ravenna would be wise to take a tour of what is one of the most outstanding collections of Byzantine-era mosaics. Here is a gallery of the most beautiful mosaics of Ravenna: 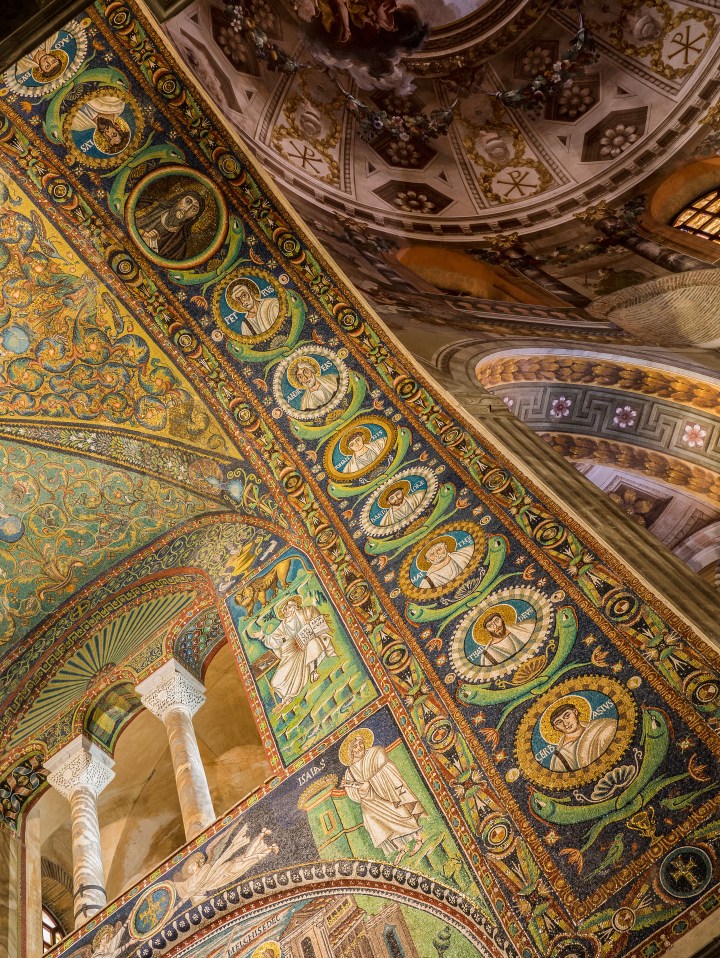