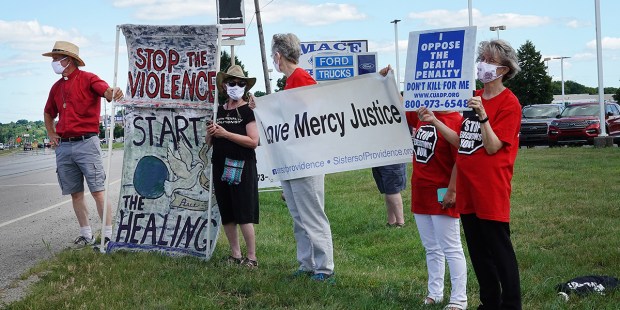 In 3 months, more executions than in any year for the last century.

The US bishops are asking the Trump administration to stop federal executions. In a statement released September 22, the prelates note both the high number of executions, and the biblically founded mandate to end the death penalty.

There are two more federal executions scheduled this week. {Note: One of those has already been carried out: William Emmett LeCroy, 50, was pronounced dead at 9:06 p.m. ET on the day the statement was released. The other is scheduled for September 24.}

After the first murder recorded in the Bible, God did not end Cain’s life, but rather preserved it, warning others not to kill Cain (Gn. 4:15). As the Church, we must give concrete help to victims of violence, and we must encourage the rehabilitation and restoration of those who commit violence.

Accountability and legitimate punishment are a part of this process. Responsibility for harm is necessary if healing is to occur and can be instrumental in protecting society, but executions are completely unnecessary and unacceptable, as Popes St. John Paul II, Benedict XVI, and Francis have all articulated.

We say to President Trump and Attorney General Barr: Enough. Stop these executions.

For additional USCCB statements and resources on the death penalty and the recent resumption of federal executions: