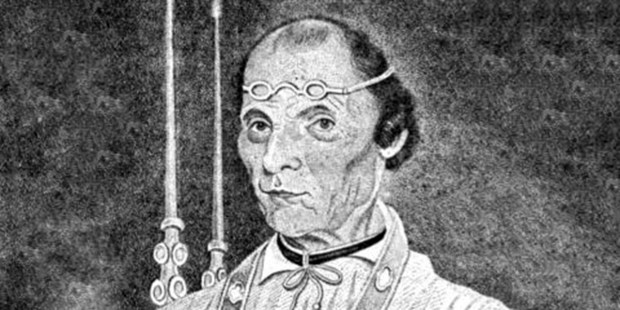 Fr. Gabriel Richard founded the University of Michigan and died while serving the sick in an epidemic.

The Archdiocese of Detroit recently launched the cause for canonization of Fr. Gabriel Richard, a French missionary priest who played a pivotal role in the early days of Michigan’s existence.

Richard was born in La Ville de Saintes, France, on October 15, 1767, and after being ordained a priest, ventured to the New World in 1798.

According to The Detroit News, “Richard is attributed to creating Detroit’s motto ‘We hope for better things; it will rise from the ashes’ following Detroit’s Great Fire of 1805. The motto is still used on the city’s seal.”

He also helped found the University of Michigan in 1817 and was one of its first professors.

Richard spent much time among the Native Americans and traveled throughout the region, ministering to the various needs of Catholic settlers. He even went so far as running for political office and was elected to Congress.

According to the American Ecclesiastical Review, Richard’s campaign was motivated by his concern for the people of the area.

The Church of St. Anne was still a-building, and the fishing business was not always very profitable. Money was greatly needed. The election for a delegate of the Territory in Congress—the third it ever had-was about to be held. The enterprising missionary conceived the idea of getting elected and of giving his salary to the men working on the [church].

Surprisingly, the Catholic priest was elected their representative and fought for the rights of the local citizens, living up to his word by donating his salary to the local community.

During the War of 1812, Detroit was captured by the British forces and when questioned on his loyalty, replied, “I have taken an oath to support the Constitution of the United States and I cannot take another. Do with me as you please.”

When an epidemic threatened Detroit, Fr. Richard worked tirelessly for the sick, as the American Ecclesiastical Review records.

Having lived like a hero of the cross, he was to die like a good shepherd, a martyr to his charity. In 1832 … cholera swept over the country. When it struck Detroit it carried off almost half the population. In the midst of the awful plague Father Richard, then in his 65th year, went about day and night, consoling and advising the sick, [forgiving] and anointing the dying, and burying the dead. Although thousands fled in fright, he had no thought of seeking a place of safety. He had no fear of the disease, said Father Badin, but he wore himself out in attending its victims. Finally he was himself attacked. But for three months after he showed symptoms of the malady he kept on his feet, going about among the stricken, making no complaint, and doing the work of a dozen. At last he grew so weak that he could no longer stand.

He died on September 13, 1832, and remains highly regarded, both by the Church and the state of Michigan, for his heroic example.

Read more:
The world’s largest crucifix is in Michigan