In its 94th year, the devotion continues in the face of the pandemic.

If the streets of New York City could speak, they’d have tales of faith unlike any other.

Of course, they’d also have stories of crime, destitution, and mayhem, but that’s another story. 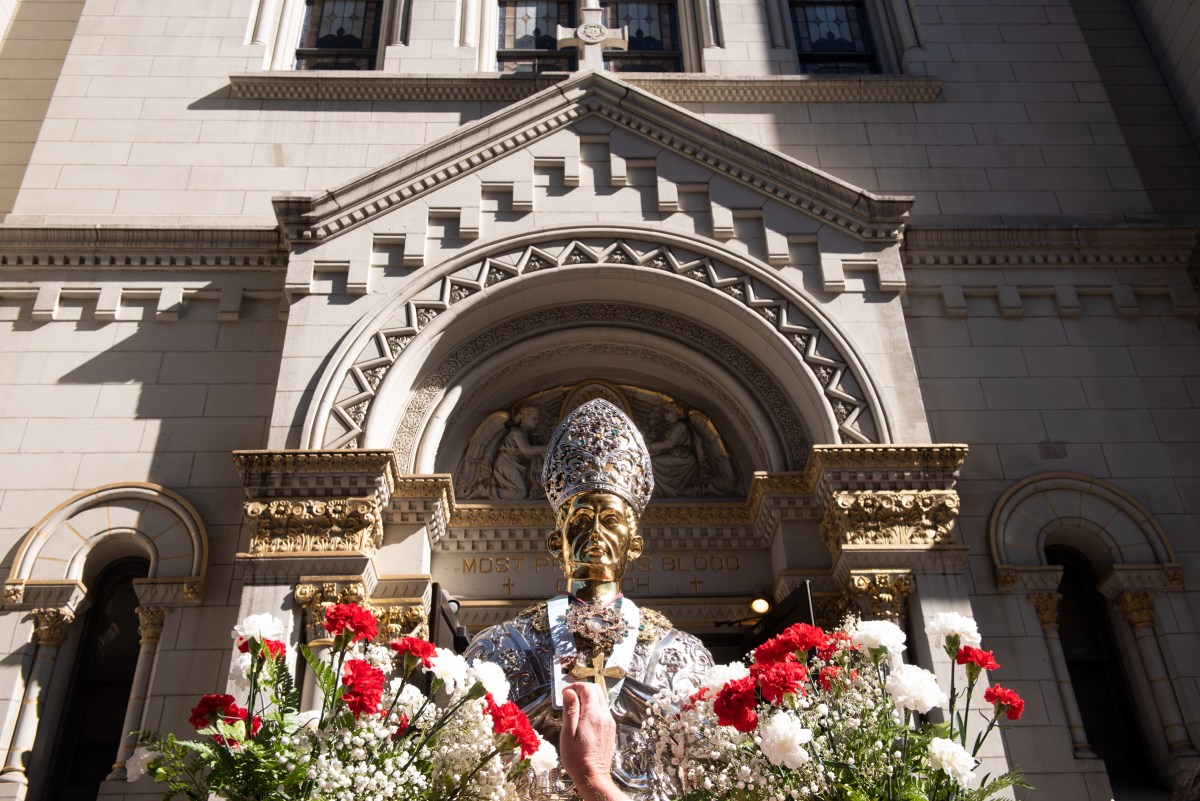 If they could speak, they’d regale you with stories of saints like Mother Cabrini, Elizabeth Ann Seton, and Venerable Pierre Toussaint who in serving God served the struggling immigrant population. They’d speak of Archbishop Fulton J. Sheen as he would make his way to the Adelphi Theater on 52nd Street, to film his show Life is Worth Living.And they’d speak of the immigrants who brought the devotions of their homelands across stormy seas, adding to the rich diversity of New York’s Catholic culture.

The streets of the city that never sleeps have seen it all. If only they could speak …

Baxter Street in Little Italy would have a story all its own. Why? Well, frankly, it began as a hellhole.

Originally named Orange Street, it sat beside the disease-ridden Collect Pond, a cesspool that was eventually filled in so that cute little houses could be built — until they sunk into the fetid earth, creating the least desirable housing project in history.

It’s also the main corridor through the notorious “Five Points” section of Lower Manhattan. A place riddled with street gangs and dwellings nicknamed “Dens of Death” by the iconic photographer of the time, Jacob Riis, whose powerful images depict the terrible living conditions and abject poverty often thought to exist only in much poorer countries.

But on a lighter note, it’s also where tap dancing was invented — and that’s something of a triumph of early race relations, as it was born of Black and Irish dancers at a tavern on its southern end.

To shake off the stigma of its notoriety, it was renamed for Charles Baxter, a legislator who died fighting in the Mexican-American War. A good man by all accounts. But Baxter Street’s real salvation would come in 1888 with the founding of the Parish of the Most Precious Blood — a first home for Italian immigrants seeking a place to worship, that wasn’t in the basement of Old St. Patrick’s Cathedral.

The Church became an epicenter of the Italian-Catholic community and the home of many devotions, among them the famous Feast of San Gennaro.

And on September 19, 1926, a group of immigrants from Naples commemorated their patron saint’s feast day with Mass followed by a small gathering in the back of the church, which faced Mulberry Street.

The rest is history.

This simple gathering grew into an 11-day long extravaganza that celebrates Italian Heritage in the same breath as it does the great saint. And for 94 years, enduring the Great Depression, World Wars, and 9/11, it never ceased to fill the streets with thousands of well-wishers and faithful.

Now, in 2020, in the face of a pandemic, the Feast’s come around again, but this time it resembles its humble origins. No block party. No hoopla, just the observance of a great saint, in the same spirit of those who brought the devotion to the burgeoning city in the early 20th century. The trimmings have been trimmed back, but the ancient devotion carries on.

And under a blue sky stretching across the five boroughs, the faithful carried the image of San Gennaro through the oak doors of the immigrant-built church to a street that holds untold tales of the human condition, giving it one more story to add to the chapter on faith and devotion. It is a story of an undying faith that lives on because of the Spirit that breathes life into it — a story that will never fade.

Whatever stories the streets of this great city can tell — those that are fleeting, those long forgotten — it is those of faith that will continue to be written and remembered until the end of time.

Click the link below to see what the Feast of San Gennaro was like before the pandemic: