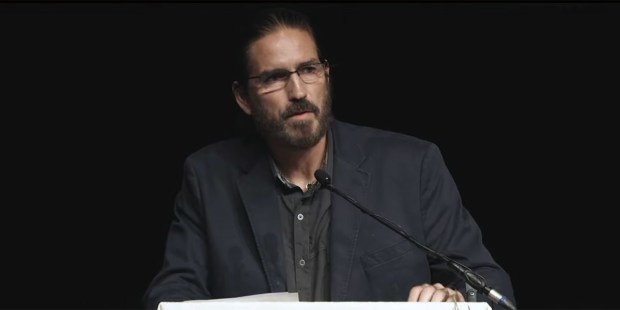 It appears that Jim Caviezel will reprise his role as Jesus in Mel Gibson’s sequel to The Passion of the Christ.

The actor, who played Jesus in Gibson’s 2004 blockbuster, spoke on SiriusXM’s Breitbart News Daily with host Alex Marlow to discuss his own new film, Infidel.

“It’s coming. It’s called The Passion of the Christ: Resurrection. It’s going to be the biggest film in world history,” Caviezel gushed.

In 2016, Gibson announced that he was teaming with Braveheart screenwriter Randall Wallace for a film about the resurrection. In an interview with Stephen Colbert, he said it would be more than simply a linear retelling of the story but explore greater themes. The film will “reportedly cover step-by-step the events leading up to the Resurrection as experienced by the Apostles, but will also follow the intrigues that took place in Herod’s palace and end with the events that took place in Jerusalem on Resurrection Sunday,” said Edward Pentin, writing for the National Catholic Register. Pentin noted that many cast members of The Passion of the Christ have agreed to return for the sequel, including Maia Morgenstern, who played the Blessed Virgin Mary; Christo Jivkov, who played John, and Francesco De Vito, who portrayed St. Peter.

“Shooting for the sequel will take place in Israel, Morocco and some parts of Europe including Italy, with the cast and crew possibly returning to use Rome’s famous cinematic resources at Cinecittà in the south of the city,” Pentin said.

The Internet Movie Database says the film is in pre-production and sets the release date as 2022.

Caviezel, known for films such as Paul, Apostle of Christ, When the Game Stands Tall, and The Stoning of Soraya M., turns 52 on Saturday.