A French organization is proposing a solution, and it's honestly brilliant.

In times of emergency (such as extreme weather, flooding, or wildfires), large indoor spaces, such as gymnasiums or stadiums, are often hastily made available to homeless people, refugees, or evacuees. Such spaces are not designed for this purpose, so they’re not fully adapted to the situation. This results in a lack of privacy, comfort, and sense of dignity, which can lead to problems among those being offered shelter.

French organization Emmaus Solidarity has come up with an innovative solution: mini rooms, which come as a “kit” that can be easily assembled. The aim is to humanize emergency shelters and offer more privacy to the people housed therein. There is a very real need for this; in a report published in January 2020 on poor housing in France, the Abbé Pierre Foundation estimated that 250,000 people in that country were living in emergency shelters or welcome centers for asylum seekers.

With this design, Emmaus Solidarity won a competition held by the architecture firm Centdegrés and the Paris City Council to design a new form of housing. The mini shelter kits, which can be assembled and dismantled very quickly, are intended to be installed inside large shelters.

“Let’s be clear,” explains Bruno Morel, Executive Director of Emmaus Solidarity. “Housing in a gym or hangar will always be a poor alternative to housing. But since this type of shelter is becoming more and more common, we have tried to soften the living conditions of the people who find themselves there.”

The first model was officially unveiled on August 27. It is a roofed space of approximately 43 square feet—for one person—containing a bed, storage space and an outlet to connect a charger or a lamp. The PVC walls allow it to be assembled and disassembled quickly. Currently, 50 of these kits are being built. They should be delivered for this winter.

We can only hope this initiative and others like it will continue to find funding and will take hold throughout the world. It is urgent to help the homeless, and the growing number of people displaced by violence and natural disasters, to be given more dignified, safe, and comfortable temporary housing until permanent solutions can be provided. 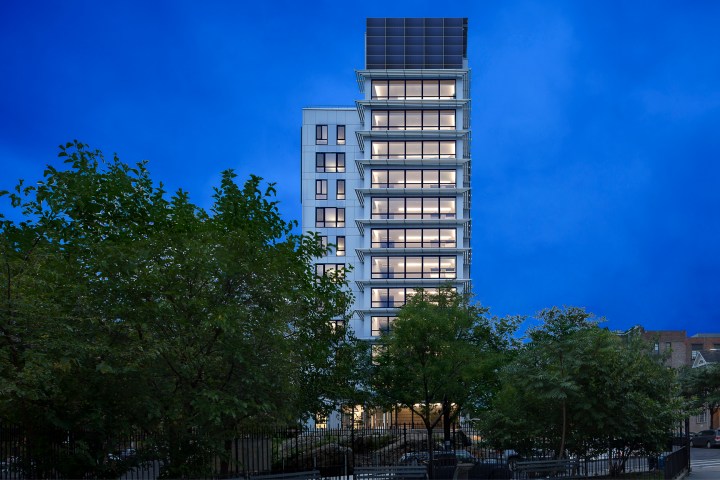