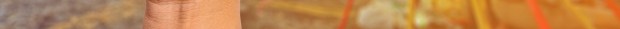 The occasion led to an inspiring challenge for much younger scouts.

At the age of 11, Ed Keller became a member of the Boy Scouts troop in Fort Wayne, Indiana. Over the next few years he went on to fulfill all the requirements to become an Eagle Scout. The only snag was the paperwork, so the process remained incomplete.

Keller’s sibling came across the paperwork in 2003, but the octogenarian from Indiana assumed it would be too late to hand it in. A few years later, a fellow scout and friend insisted he should give it a try, as reported in Crux Now.

Finally, with 64 years in the making, Keller was awarded the honor, but under slightly different circumstances. Firstly, Keller thought he’d just go to his local Boy Scout office to collect the award. Instead, however, he participated in an Eagle Scout Court of Honor, and shared with those gathered at St. Vincent de Paul Catholic Church: “It’s quite an honor, I didn’t expect it.”

A further distinct difference in this ceremony was that Keller wasn’t given the challenge usually given to the recipients of the award. In light of Keller’s years of service in the Air Guard and with the Fort Wayne Fire Department, Tim Kearney of the Anthony Wayne Area Council issued the challenge instead to the younger scouts gathered:

“This part of the program is usually a challenge to the recipient to go forward and make the world a better place. But this is a rather different situation … Lift up everyone you meet to a high level of service to God and to your fellow man. Help build America on the solid foundations of clean living, honest work, unselfish citizenship and reverence for God. In short, be like Ed Keller.”

Read more:
The Eagle Scout on his way to sainthood