A mother's love for her unborn child led to a joyful double victory.

Consiglia Varriale is a lucky and happy mom. After coming face-to-face with two of the most terrible fears—losing a child, and dying—both fears have been vanquished. She can finally hold her second daughter, little Aurora, to her heart, both of them alive and well.

In the photo shared by the media, Consiglia, 42, from Quarto (near Naples, Italy), is wearing a bandanna on her head, her eyes a little tired but her gaze deep and serene as she cradles her daughter in her arms. Seeing this image makes me want to hug her, gently, so as not to disturb the enchantment of that life that has just begun. I want to congratulate her for her courage, and for the joy of motherhood that she refused to allow to be taken from her when she was diagnosed with breast cancer three months into her pregnancy.

After the diagnoses, doctors suggested that she should have an abortion for the sake of her health, so that she could have surgery and chemotherapy. She told them that she was already a mother, and refused to consider abortion for even a moment. She would give her baby life, even at the cost of risking her own.

Fortunately, there was no need to go that far. At the Pascale Institute in Naples, she met Dr. Michelino de Laurentiis—head of the Breast Cancer Department—who offered her personalized treatment that would not put her pregnancy in danger. Consiglia, with incredible courage, faced the treatment in the midst of the lockdown. She began chemotherapy together with the little one in her womb, growing bigger every day, who inspired her with the strength and confidence needed not to fall into the trap of despair.

At the Pascale Institute, there have been many cases of breast cancer in pregnancy being treated successfully, thanks to a protocol created specifically for women of childbearing age. Also, many women cured of cancer have experienced the joy of pregnancy after the illness, as de Laurentiis points out in an article in Italian news outlet Il Riformista:

By now, we have many “grandchildren,” born during or after breast cancer. Until recently it was impossible. Today, it is possible, as long as you customize the treatments to be used in an extremely specialized way and have recourse to close collaboration with gynecologists.

Aurora was born on September 15, beautiful and with a head full of hair. All the family is celebrating these two victories: successful cancer treatment, and a sweet new baby!

Read more:
Baby saved from abortion goes on to become a football star

Consiglia would never consider terminating her pregnancy, and it’s a joy to see that her convictions and love for her child led to such a happy outcome. As she told Il Riformista,

I was too happy at the thought of that pregnancy. I would never, ever decide to terminate it. My husband was worried about my health, and indeed still is. But faced with my enthusiasm, my serenity, and my optimism, he necessarily had to give in and support my choice.

Consiglia wanted to protect her daughter’s life before her own; her greatest desire was to protect the child in her womb and give birth to her. Mothers are capable of truly heroic gestures, which seem like second nature to them. They teach us that there is no point in staying healthy if you’re not willing to sacrifice for those you love. As she told Il Riformista,

I followed only my heart. They all told me that I had to give up the baby if I wanted to go on living. Now I know that I have made just one mistake: I did not rely immediately on the doctors of the Pascale (Institute).

Congratulations to this courageous new mother and her family as they rejoice in the double blessings of health and new life! 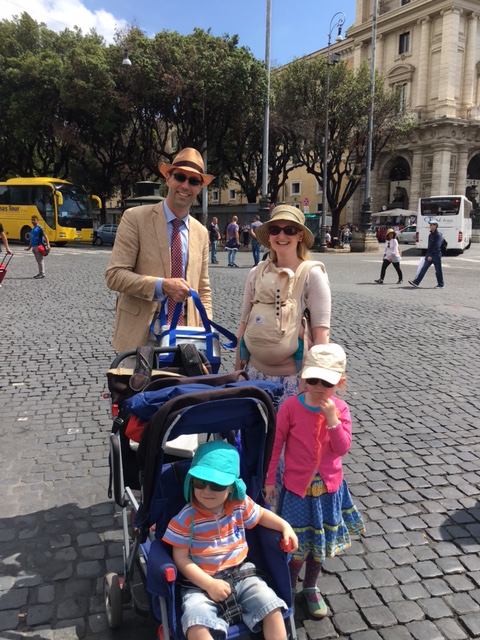