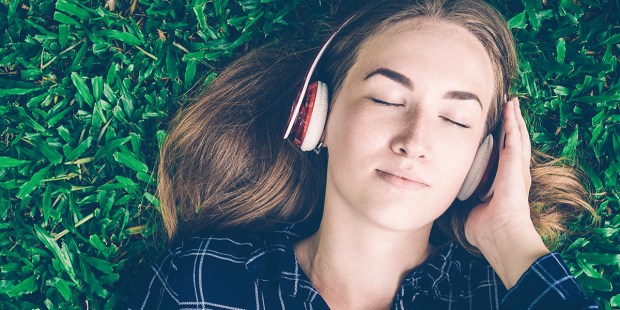 Using hundreds of actors and binaural sound, recordings will be like a “movie without images.”

In 1956, Cecil B. DeMille’s The Ten Commandments wowed theatergoers with the parting of the Red Sea.

The Bible has always been fertile ground for some of the most dramatic presentations in theater, and the technology available to DeMille at that time helped to convey that drama to audiences.

Now, a Polish actor and director promises to wow audiences with another new technology. And the surprising thing is that no one will see it.

Krzysztof Czeczot, who appears in some of Poland’s highest grossing films, is working on an audio “super production” of the Bible, employing a voice cast of hundreds, including A-list actors from Hollywood and simple, ordinary people.

The technology that will make his production stand out is binaural recording, a technique that, especially with the use of headphones, provides “3-D sound” to the listener.

Czeczot in 2013 won the the prestigious Best European Radio Drama of the Year award at the Prix Europa Festival in Berlin, for the radio play Andy. He emphasizes to actors participating in the Bible recording that they are making a movie without images.

“As a filmmaker, audio producer, and director, I want the Audio Bible to feel like a cinematic audio experience,” he told Aleteia. “When you close your eyes, you should be in the middle of the story, because the word has power, but also, the word has a space.”

He added that he and his team went to Israel to record “the sounds of the spirit of the place.”

Czeczot, 41, promises an audiobook of the highest quality that will be a “beautiful tool for everyday reflection and practice for millions of Americans and English-speaking users around the world.”

In his home country, Czeczot’s Polish Audio Bible has sold 145,000 copies. Its YouTube channel has had 5.4 million views.

The Polish edition of Aleteia asked him how it was possible for someone who has portrayed the ruthless gangster Soup in the movie Pitbull to “create such a pious project.”

“This is my job — I am an actor,” he said. “Today I play Soup; tomorrow, other heroes. For me, the Audio Bible is not a ‘godly project.’ … This is a radio play, powerful, with a huge cast. This is too multifaceted a project to reduce it to religious values alone, although they are obviously important.”

He said that the project is an “initiative supported by a huge crowd of people, those who are closer and further from the Church, believers and non-believers, people of other cultures and religions, with different world views, a cultural and social project.” For some, it will be Sacred Scripture; for others, the text that is key to understanding so much of Western art and literature.

Both the Chief Rabbi of Poland, Michael Schudrich, and the Primate of Poland, Archbishop Wojciech Polak, took part in the recording.

Several innovations planned for the English edition include having women do half of the New Testament readings and readers from each of the 50 states, to ensure “voices from every region.”

The team has already obtained licensing from the United States Conference of Catholic Bishops for use of the New American Revised Edition.

The project will cost about $1.5 million, said co-producer Marek Zmyslowski. “We’re halfway through in terms of fundraising. So we’re pretty confident about starting to record next year,” he said.